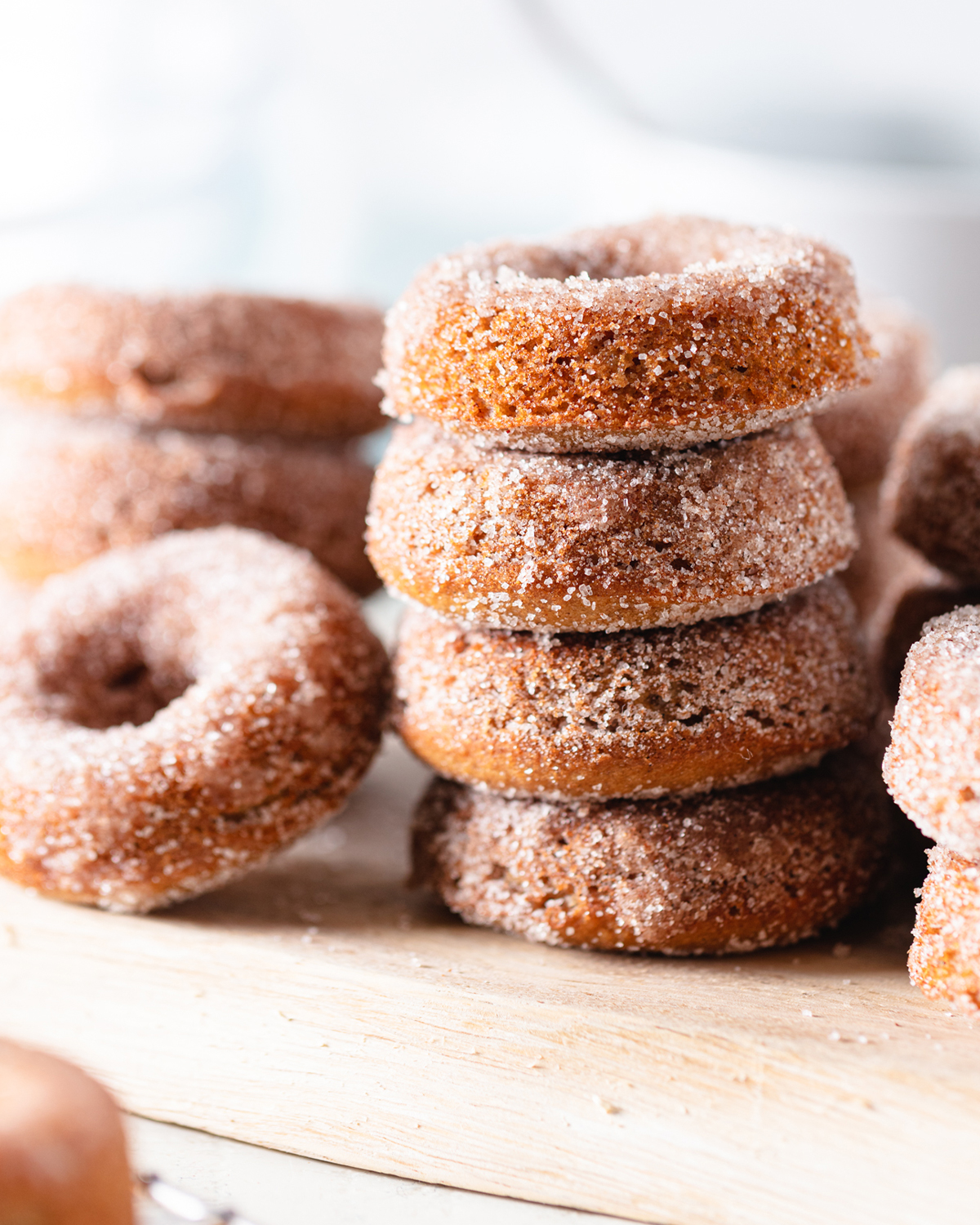 In our humble opinion, there just aren’t enough apple cider donuts in the world. Even in the peak of apple season, you have to hunt them down. If you’re willing to brave the Saint Paul Farmers’ Market in the cold, small hours of a fall or winter weekend, you can sometimes find very good, very warm cider donuts at certain apple stands. Otherwise, it’s a road trip out to an apple orchard, a pleasant endeavor — but a bit far-flung for daily donut eaters like us.

What to do, but make our own? We love these mini donuts for their light, fluffy and super tender crumb, as they say on the baking shows — think buttery cupcake meets baked donut. They’re full of apple cider, brown sugar, cinnamon and pie spice, all of which gives them a warm fall flavor and a deep, molasses sweetness. They taste terrific dunked in a cup of coffee.

Mini cider donuts are ridiculously cute, and they look so cheerful in a tidy little stack — they’re perfect for fall entertaining. Make them for brunch with your best friend, afternoon coffee with your dad or Friday night with the kiddos and Netflix. Go ahead and make a double batch: the best thing about mini donuts is that you can eat five of them before you’ve even come close to one full-size donut. 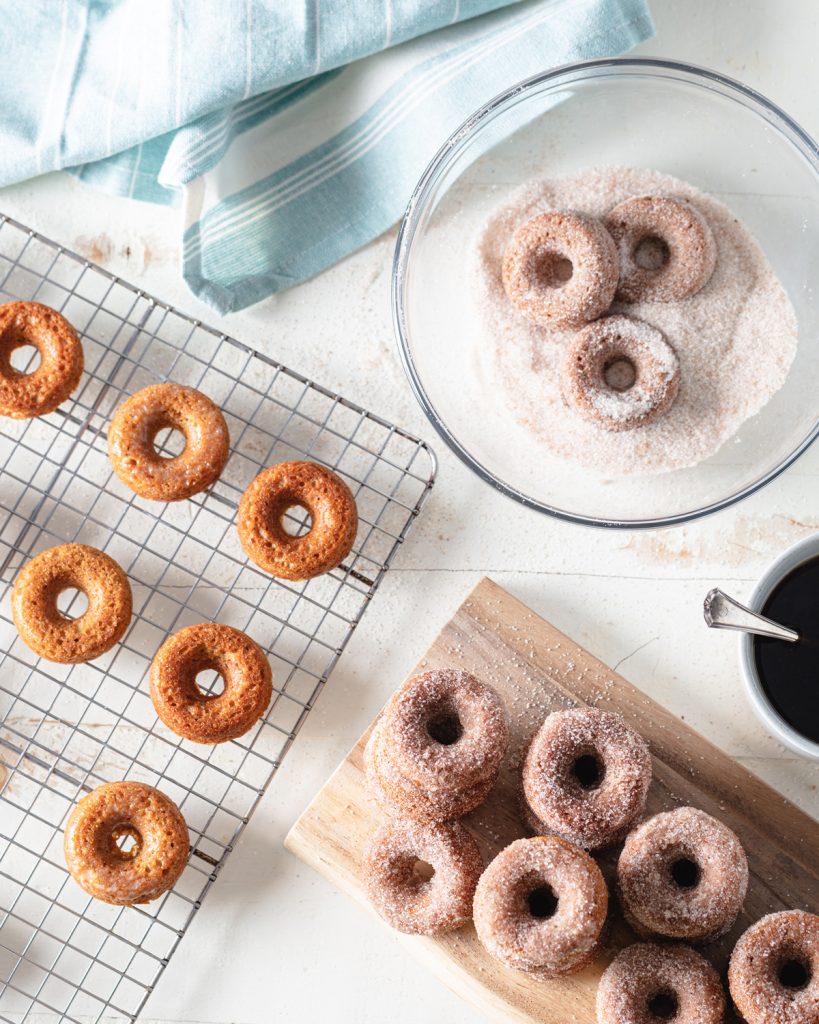