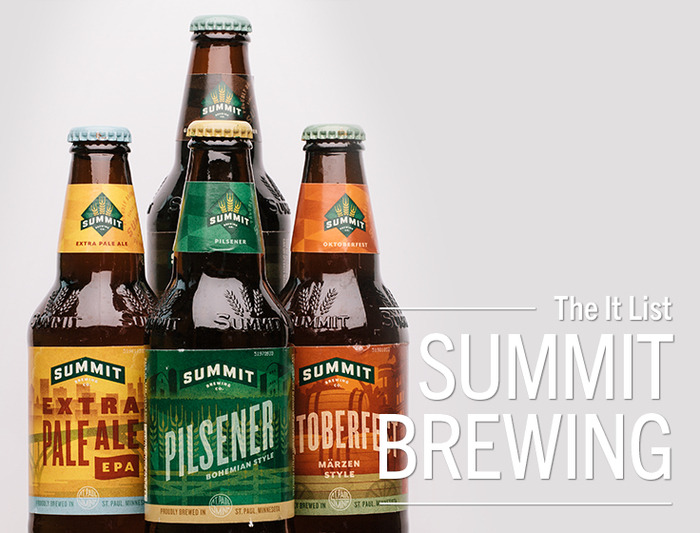 The key to the best fall beers: variety!

Jason Newell, manager of Wines & Spirits at our Chanhassen store, shares a behind-the-scenes look at his favorite fall beers.

Being asked to pick my favorite beer is like having to choose my favorite song of all time.

Just like a great song, each of my favorite beers has a special style and spikes memories of specific moments in my life: celebrating family events, bonfires in the backyard or just the experience of pulling a frost-covered cerveza from the coldest part of the fridge on the hottest, most humid day of the year.

Which beer would I buy if I were going to be set adrift in a lifeboat on Lake Mille Lacs? I suppose I will have to sit down, drink a Summit and think about this a little while.

Speaking of Summit, I had a chance to hang out at the brewery in St. Paul and have a couple of beers with Mark Stutrud, creator of Summit Brewing. Mark is a Master Brewer and an astute businessman. His laidback style of genius is what most young brewers I meet today want their end game to be. Mark’s tour of the brewery was filled with expertise and passionate descriptions of how the brewery was developed over the last 28 years, from its beginnings with an environmentally challenging brownfield site to the latest expansion that has increased capacity by adding high tech tanks that were fabricated in northern Minnesota.

His lighthearted, relaxed attitude becomes very serious when Mark talks about quality control. It is crystal clear that the number-one priority at Summit is the quality of the beer that comes out of their brewery. Summit has also added a cutting-edge canning line and training facility with a tasting bar built by Wood from the Hood, a Minneapolis company that reclaims hardwood from the urban forest and turns it into incredibly beautiful furniture. It is hard for Mark to hide the pride he has in what the people at Summit have created and the excitement he has for the brewery’s future.

After tasting a few of Summit’s current releases, including the newest version of their Unchained Series called Make It So, I’ve concluded that my only hope of surviving Lake Mille Lacs is to pick up a Summit Variety Pack. It has four different styles of beer that change four times a year to match the season. We currently are on the Fall Variety Pack, which is one of my favorites. The styles match perfectly with Minnesota’s fall weather:

Pilsener – for when the temperatures and humidity soar