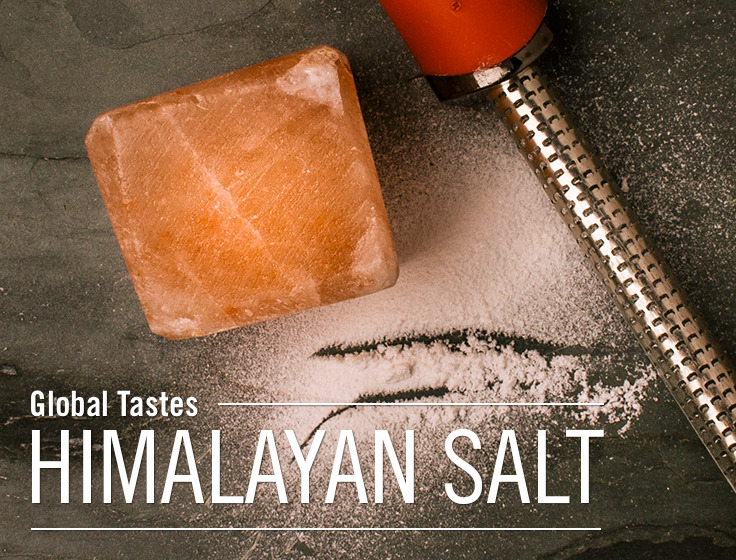 The story behind Himalayan salt

Wondering what the big deal is about Himalayan salt?

Produced through the evaporation of ocean water with little processing, Himalayan salt is well known for its rich mineral content: It contains over 84 minerals and elements such as calcium, magnesium, potassium, phosphorus and iron, which contribute to its signature pink color. It also contains traces of boron, fluoride, iodine, zinc, selenium and copper, all of which are necessary for bodily health.

This unique salt was originally formed from marine fossil deposits over 250 million years ago during the Jurassic era. Harvested from ancient sea beds, Himalayan salt has been a valuable commodity for centuries. Historically, the Himalayan people used this salt to preserve their fish and meat throughout the year, and every spring they transported the salt to Nepalese valleys for trade. Heavily burdened yaks would carry the salt along narrow sloping paths, mountains and cliffs in order to sell and exchange it for other commodities.

This salt is still extracted from mines by hand, according to long-standing tradition, and without the use of any mechanical devices or explosion techniques. After being hand-selected, the salt is then hand-crushed, hand-washed, and dried in the sun.

Himalayan salt is most commonly found as coarse grains, fine grains, or large blocks, which can be grated or used as serving platters that delicately “season” the food they serve.

Look for it in our deli and the spice aisle.