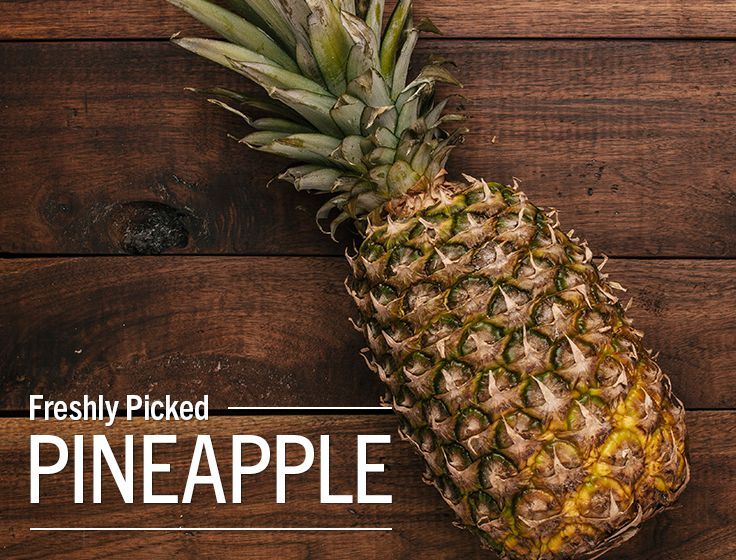 Named after its similarity to a pinecone, the pineapple was first discovered by Christopher Columbus in 1493 on the Caribbean island of Guadalupe. Since pineapples were very perishable and difficult to bring back to the American colonies, fresh pineapples were coveted by those early colonists and became a symbol of prestige and wealth. In fact, if a hostess displayed a fresh pineapple as part of her decorative centerpiece, she was awarded with great social recognition. Today, pineapples continue to be a symbol of friendship, hospitality and status – they make great hostess gifts, too!

By the 18th century, pineapples began to be cultivated in Hawaii, the only state in the U.S. in which they are still grown. In addition to Hawaii, other countries that commercially grow pineapples include Thailand, the Philippines, China, Brazil and Mexico. Today, pineapples are one of the most popular tropical fruits in America. They’re are a good source of vitamin C, which helps support immunity, as well as vitamin B1, which is important for energy production and antioxidant support.

Pineapples are actually composed of many flowers whose individual fruitlets fuse together around a central core. Each fruitlet can be identified by an “eye,” the rough spiny marking on the pineapple’s surface. The area closer to the base of the fruit has more sugar content and therefore a sweeter taste and more tender texture.

When picking a pineapple, look for ones that are heavy for their size. While larger pineapples will have a greater proportion of edible flesh, there is usually no difference in quality between a small and large size pineapple. Pineapples should be free of soft spots, bruises and darkened “eyes,” all of which may indicate that the pineapple is past its prime. Pineapple stops ripening as soon as it is picked, so choose fruit with a fragrant sweet smell at the stem end. Avoid pineapple that smells musty, sour or fermented.

Pineapple can be left at room temperature for one or two days before serving; after that, if you’re still not ready to eat your pineapple, you should wrap it in a plastic bag and store it in the refrigerator where it will keep for a maximum of three to five days. Pineapple that has been cut up should be stored in the refrigerator in an airtight container, preferable with some juice from the pineapple to help it stay fresher.

To cut a pineapple, start by removing the green crown and the base of the fruit with a knife.  Then, placing it base side down, carefully slice off the spiny skin and carve out any remaining “eyes” with the tip of your knife. You can slice the pineapple in quarters, remove the tough core and then cut the fruit into your desired shape and size.

Pineapple is delicious in fruit salads and pairs well with fish or chicken. It’s also wonderful in our Grilled Pineapple Salsa or as a topping for a Hawaiian Turkey Burger. Here are some additional serving suggestions: