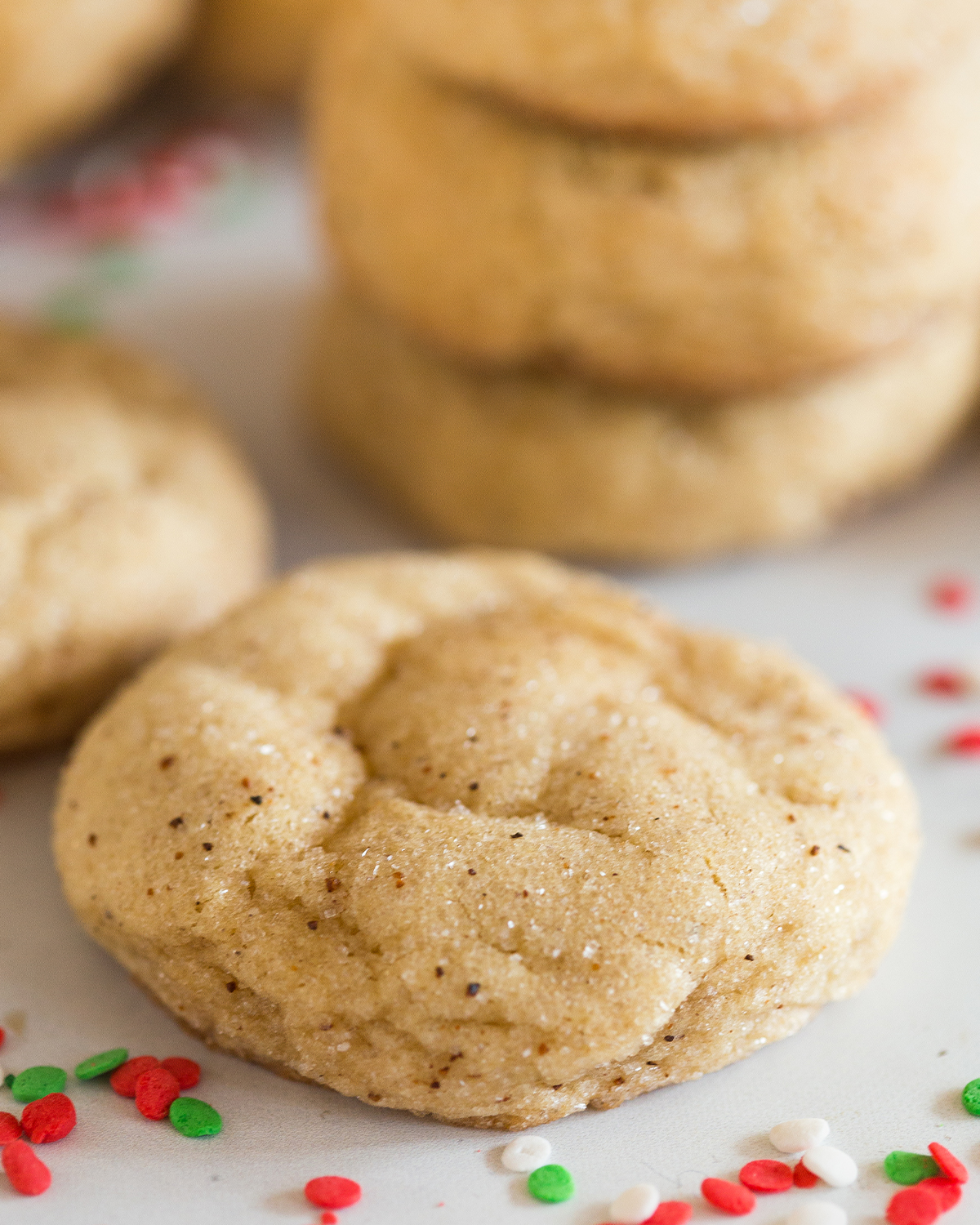 Twin Cities food blogger greens & chocolate gives the Snickerdoodle a holiday overhaul with eggnog and an extra dash of nutmeg. So delightful!

Eggnog is one of my favorite holiday flavors, and I love the chance to bake with it. With the flavors of nutmeg and rum, it’s the perfect addition to anything from cake to cinnamon rolls, biscotti and coffee cake. It’s also very simple to make baked goods with eggnog flavor because, in many recipes, you can just replace milk with eggnog. Since I’ve made a handful of eggnog baked goods, I decided I needed to try eggnog cookies! In particular, Eggnog Snickerdoodles.

These cookies have the same chewy texture as a classic Snickerdoodle cookie, and they’re soft and tender throughout the middle, with just a little bit of crisp along the edges. The addition of eggnog and nutmeg in the dough gives them an unmistakable eggnog flavor and, just like traditional Snickerdoodles, they are rolled in sugar before they are baked. While classic Snickerdoodles are rolled in a combination of sugar and cinnamon, I replaced the cinnamon with nutmeg for even more eggnog flavor.

Once you make the dough, I have you chill it for at least 30 minutes. I actually chilled mine overnight both times I tested this recipe, ensuring the dough was chilled throughout. This keeps the dough from spreading too much and makes sure they stay soft and pillowy.

The last step is, of course, baking the cookies. After getting rolled in the sugar and nutmeg mixture, they’re baked for 8 to 9 minutes. They might seem slightly underbaked in the middle, but that is okay! They will set up and remain super soft and chewy — exactly what you want in a Snickerdoodle.

These Eggnog Snickerdoodles would be the perfect addition to a Christmas cookie platter. Who doesn’t love the flavor of eggnog … especially in a cookie?!