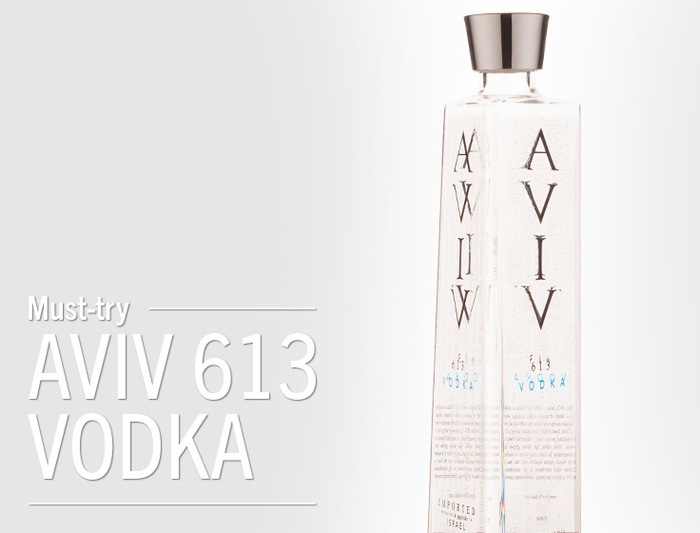 The symbolic story behind AVIV 613 Vodka

AVIV 613 Vodka is the only vodka in the world distilled from wheat, barley, olives, figs, dates, grapes and
pomegranates. Made by master vodka artisans, it’s created with water from the Sea of Galilee and the aquifers under the land of Israel, giving it a pure, ultra smooth taste with a slightly sweet finish.

The founder of AVIV wanted to make a smooth, superb tasting vodka with a spiritually charged meaning; the word AVIV means “Spring” in Hebrew, while the number 613 represents not only the special formulation of the vodka’s recipe, but also special covenants found in holy texts. The triangular-shaped bottle represents body, mind and spirit, as well as the journey to perfect one’s character. The bottle also features over 100 empowering messages, and a portion of the proceeds go toward the study of ethics at universities worldwide.

Pick up a bottle in one of our Wines & Spirits locations and try an AVIV Push Up, one of AVIV’s refreshing summer cocktail recipes: