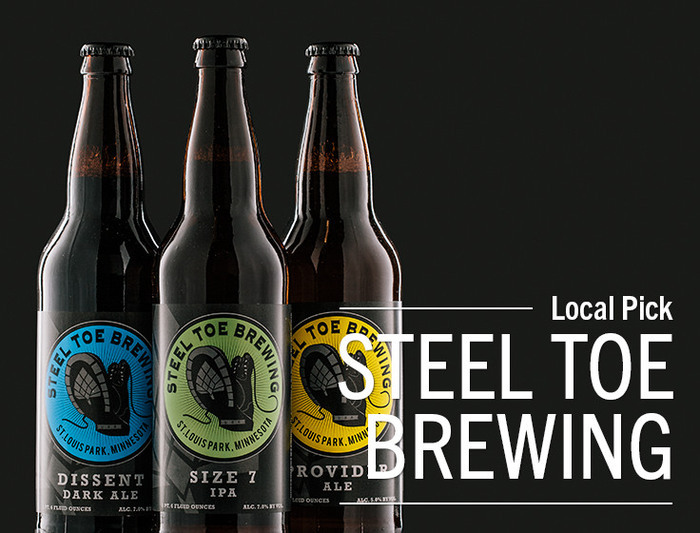 The story behind Steel Toe Brewery

Owner Jason started
as an avid home brewer, until the day finally came when he decided to get
serious and learn what it takes to start his own brewery.

He worked as a
cellarman and then an assistant brewer at Lightning Boy Brewery in Montana
before heading off to the Diploma Course at the World Brewing Academy for three
months of intense beer schooling. After graduation, he landed a job at Oregon’s
Pelican Pub and Brewery as a cellarman.

Over the course of
the next four years, Jason worked his way up to Head Brewer and was involved in
all aspects of the brewery until 2009, when he and his wife, Hannah, decided to
move back to Minnesota and start Steel Toe Brewery.

Why the name Steel
Toe? Jason has worn steel toe boots for most of his work career. It’s a hard
work thing – that’s what Steel Toe Brewery is all about.

We’re thrilled to
offer this fantastic local craft beer at all our Wines
& Spirits locations. Stop by and pick some up today!