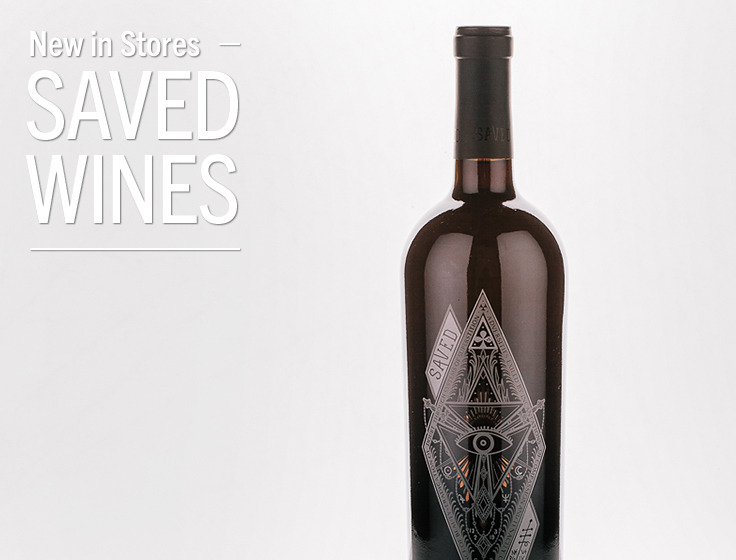 The story behind SAVED wines

When tattoo artist Scott Campbell
met winemaker Clay Brock, it was a match made in heaven.

At the time, Brock was a
winemaking director at Wild Horse Winery on California’s Central Coast, which
was known for its fine Pinot Noirs. He and Campbell struck up a fast
friendship, based on their shared love of art, folklore and – of course – wine.

“I enjoy wine, but until I met
Clay, I wasn’t really a wine person,” says Campbell. “I knew what I liked to
drink, but whenever I’d read about winemaking, it all seemed so clinical.
Phosphates and nitrates. Very cold. Clay made it human and romantic, talking
about all these weird agricultural rituals that have no scientific grounds but
have a real human component. I’m someone who loves superstitions and folklore
and the juju that goes into things. That’s a lot of what tattooing is about for
me, and it turned out that’s a lot of what making wine is about for Clay.”

“On the surface, we live totally
opposite lifestyles,” says Brock, ”But Scott and I…are very positive people who
really believe in the energy you put into things and how it affects the
outcome. He and I got to talking about wine and mysticism, and about how a lot
of people, myself among them, still believe that the moon cycles can help you
know the best time to pick grapes. It turned out that a lot of Scott’s tattoos
deal with old alchemy symbols.”

The wine’s labels feature
mystical and folkloric symbols, stenciled to resemble the style of tattoos that
Campbell is known for. They also contain hidden references to Brock and his
winemaking craft, as well as Campbell’s wife, actor-director Lake Bell.

Look for SAVED wines in our Wines
& Spirits Shops.