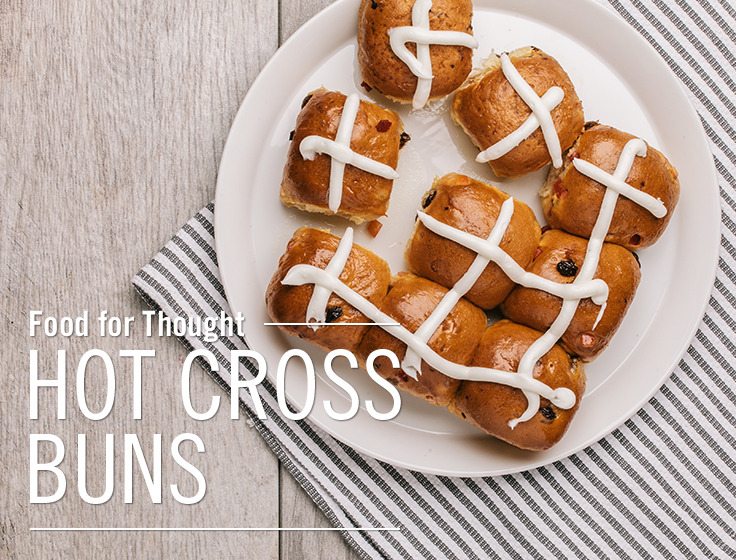 The story behind hot cross buns

Hot cross buns are an Easter tradition – typically eaten during Lent, especially the week leading up to
Easter. But where they came from is a bit of a mystery.

Some sources say the buns go back
to Roman times, while others suggest that a 12th century monk
invented them. During the late 16th century, Queen Elizabeth I
decreed that hot cross buns were so special that they could only be sold on
Good Friday, Christmas and for burials. However, there are no records of hot
cross bun recipes earlier than the 18th century.

The popular nursery rhyme “Hot
Cross Buns” (“one a penny, two a penny, hot cross buns…”) is actually based on
a street cry from around then: “Good Friday comes this Month, the old
woman runs, With one or two a Penny hot cross Bunns.”

According to legends, a hot cross
bun hung from the kitchen ceiling on Good Friday would remain fresh and
mold-free throughout the entire year, protecting the home from evil spirits and
preventing kitchen fires.

Our hot cross buns are soft and
fluffy, filled with raisins and other small candied fruits and topped with a
cross of white icing. Pick some up in our bakery for your holiday celebration!