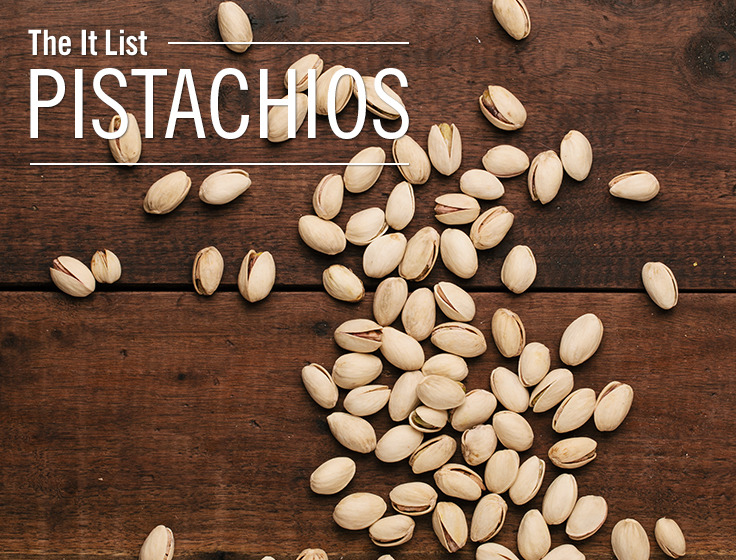 Go nuts: Why you should be eating pistachios

Pistachios have been a symbol of wellness and robust health since ancient times. In fact, archaeologists have found evidence that humans used them as far back as 7,000 B.C.

Legend has it that the Queen of Sheba decreed pistachios an exclusively royal food, forbidding commoners to grow them. Around the first century B.C., the pistachio was introduced to Rome and it eventually became a popular, easily transportable food for early explorers and travelers.

Although they originated in western Asia, today the U.S. is the number-one producer of pistachios in the world.

Technically, pistachios are not nuts – they’re a stone fruit. The green “nut” that we eat is actually the seed or kernel. The fruits grow in grape-like clusters on trees, and as the pistachio fruit matures, it cracks open to reveal the seed. The ripe fruits are then knocked from their trees and dried. The green color of the seed comes from chlorophyll, just like other green plants and vegetables.

Many people consider pistachios to be one of the healthiest “nuts” you can eat: One ounce of pistachios has six grams of protein. They’re also an excellent source of antioxidants, vitamin E and healthy unsaturated fats. A few media outlets are calling pistachios “the new superfood,” and we can already see them becoming a hot new ingredient trend in 2015.

Look for pistachios in our produce department and in our grocery aisles.