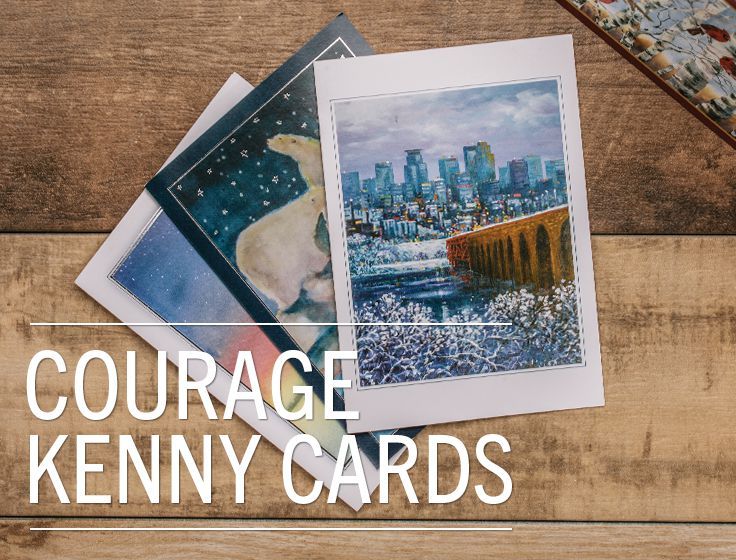 The holiday card that gives twice

The first cards, sent
in 1958, featured a single two-color pencil drawing. Today, Courage Kenny Cards
are produced from original, exclusive and museum-quality art created by dozens
of artists throughout the United States, many of whom have disabilities. By
showcasing their art, Courage Kenny Cards help illustrate that a physical or
sensory impairment does not diminish creativity, talent or ability.

Back in 1985, Lunds
was the first grocer to participate in the Courage Kenny Community Service
Retail Program, donating all of the proceeds of its card sales back to Courage
Kenny. Byerly’s stores followed shortly after, in 1991.

This year, Lunds
& Byerlys is celebrating its 30th year partnering with this
program; more than $6 million in sales have been generated to support Courage
Kenny Rehabilitation Institute programs and services to help people with
disabilities live more independently.

By choosing Courage
Kenny Cards, you are sending a card that gives twice: You keep in touch with
family and friends and empower people with disabilities to reach their full
potential.