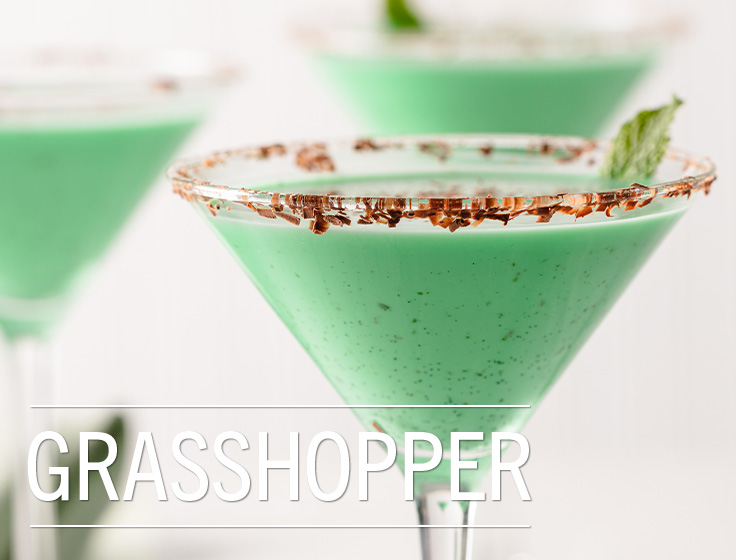 This is not a joke or an existential conundrum: Which came first, Grasshopper the pie or Grasshopper the cocktail? If you’re from Wisconsin, where the Grasshopper is a little bit famous, you’d probably guess the cocktail — and you’d be right. But, it may surprise even the badgers among us to learn that it’s a Prohibition Era drink, and that the original recipe had no ice cream in it.

According to food historians, the Grasshopper was invented sometime around 1919 by Philibert Guichet, a bartender at Tujages, a famous restaurant in New Orleans’ French Quarter. Apparently, Guichet created the glowing green cocktail — a concoction of cream, crème de cacao and crème de menthe — for a contest in New York City. It took second place, but a hundred years later folks in New Orleans are still drinking it, so …

It’s also, as we mentioned, very popular in Wisconsin, where it’s a holdover from mid-century supper club menus. The Wisconsin version is made with vanilla or mint chocolate chip ice cream and served as a blended dessert drink. Think lightly boozy mint chip milkshake or a decadently tall pile of green soft serve.

Here we’ve gone with something akin to the original recipe, shaking up cream, vanilla and mint with crème de cacao and crème de menthe — and topping it with chocolate shavings. It tastes like mint chocolate chip ice cream, and it has a wonderful, icy texture. It’s almost impossible not to smile when you’re drinking it because it’s such a treat you feel a little giddy. 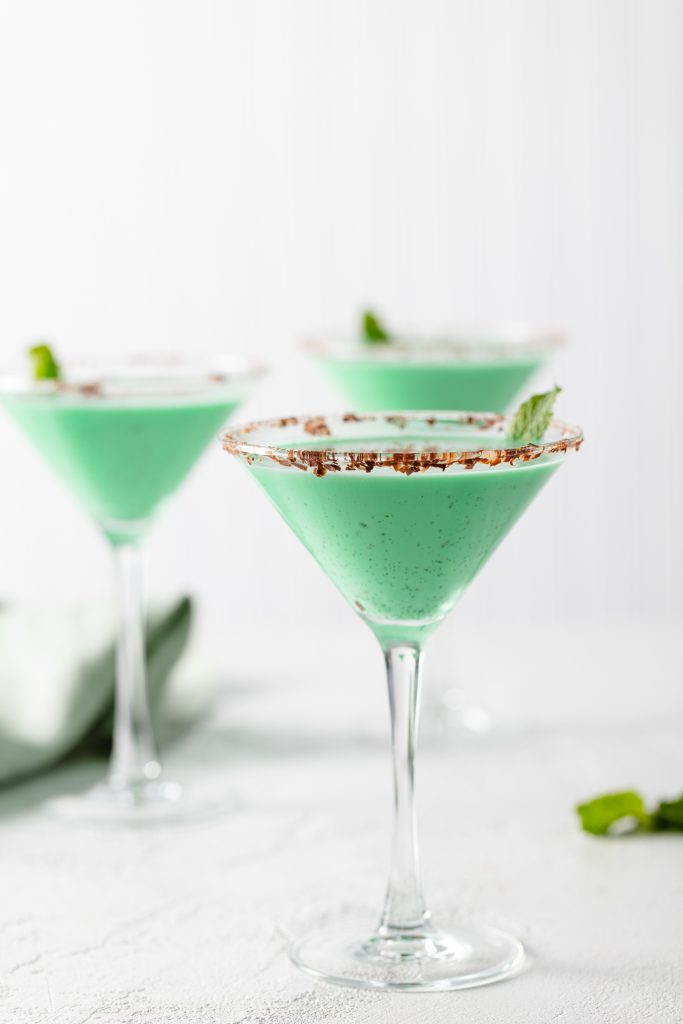