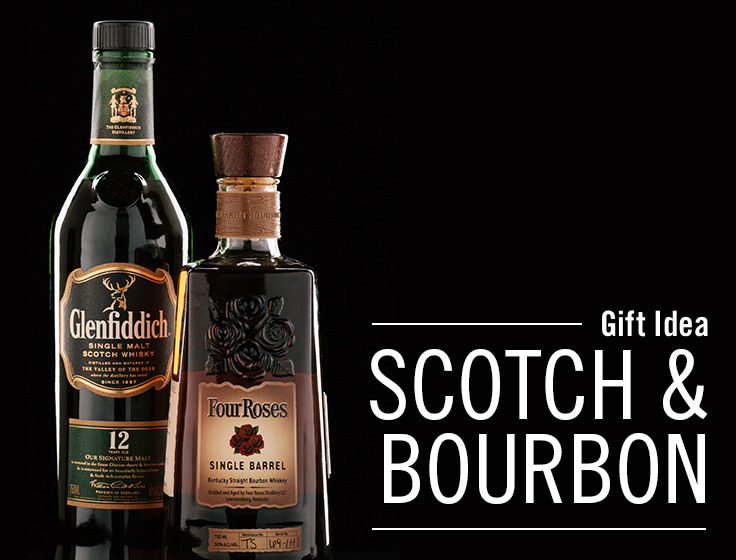 Everything you need to know about choosing a bourbon

Bill Belkin, category manager for our Wine & Spirits Shops, explains the differences between whisky and whiskey:

“Whisky, whisky everywhere and not a drop to drink…” With profound apologies to Samuel Taylor Coleridge (“water, water everywhere…”), today’s bourbons, ryes, and Scotch (WHISK(e)Y’s ALL) are causing more than a few unintended headaches for appreciators and wannabe lovers of this ancient drink.

Certainly the first lesson to be learned is the name itself: We cannot even agree on how to spell it. America and Ireland tuck an “E” in the word, while Canada and Scotland omit it. Hence Scotch whisky is from Scotland, while bourbon whiskey is from America.

Secondly, where exactly did you say that was made? In days of yore (still on the English poetry trip) all bourbon was made in Kentucky and was a closely regulated recipe: 51% or more corn in the mash, aged for a minimum of 2 years in darkly charred American white oak barrels and a minimum ABV (alcohol by volume) that was strictly adhered to. These days, while the Fighting Kentuckians are trying mightily to maintain standards, bourbon (still must be 51% corn) may come from Oregon, Indiana or even Iowa. We will see how that plays out.

Rye whiskey, as the name implies, is comprised of mostly rye grain. As such, it imparts a slightly peppery note to the liquid and is drunk either straight, on-the-rocks or in Manhattans, Rob Roys or the iconic American cocktail, the sidecar. Templeton, a rather (in)famous rye, is now widely distributed including at our 10 stores – but it was once a shuttered Prohibition distillery that was alleged to be the personal favorite rye of one Alphonse Capone.

Scotch whisky is made in Scotland and is a whole spirit of a different stripe. Made chiefly from barley, it can also contain small amounts of other grains. The distinctive factors about Scotch is where it comes from – Islay tastes different than Skye which is different than Highland and they in turn are very different from the Orkneys. It makes it fun to have a number of bottles open at one time to take virtual trip around the country via different Scotches.

Another distinguishing factor is that the barley is peated via a smoker and the whole mess is run through a copper still and kettle. Then it’s aged in used oak (never new) – nowadays often times in casks that formerly housed the aforementioned bourbons, but just as easily could be port, sherry, Madeira or other wines.

Irish whiskey, a close “cousin” to Scotch, is very similar except it is generally un-peated.

So, why all the hubbub about whiskey? Like anything that is in short supply and super high demand, this too may pass. But I rather think we will see this for a long, long time. Social media has taken the lead in letting folks know when the hard-to-get stuff comes out and we have droves of customers looking for that one elusive bottle.

My advice is to shop our stores often, let the managers know you are interested and keep your ears to the ground. As the drinks companies are continually coming out with limited editions and variants, you just never know when you may hit pay dirt.