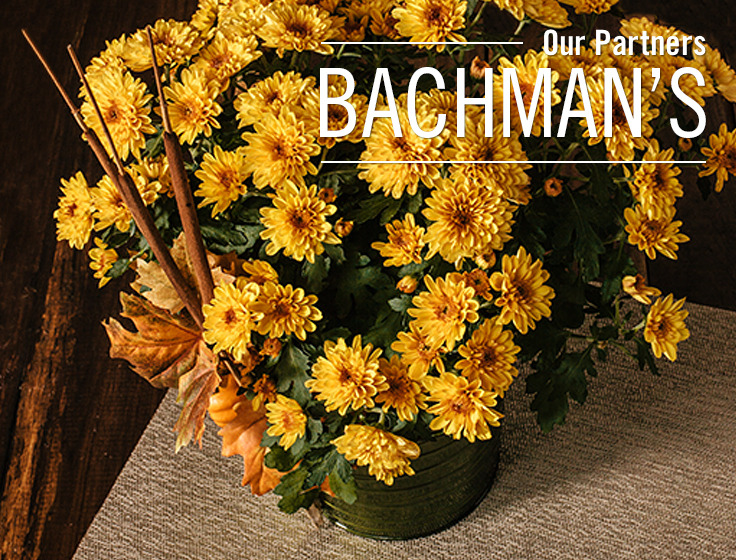 The story behind our partnership with Bachman’s

Bachman’s, a local, family-owned company, has been our valued partner since 1968, when our very first Byerly’s store opened in Golden Valley. Susan Bachman West, executive director of perishable operations, shares the story of this long-lasting partnership.

Paul Bachman can remember working in the Golden Valley store that opening day. “I was in the backroom breaking down rose bunches of 25 and rolling them in cellophane as dozens and half dozens. They were selling as fast as I could roll them.”

Ralph and Don Byerly, Sr. were standing out in the store witnessing the enthusiasm of the customers and making plans for the future. The relationship blossomed and Bachman’s was soon in all the Byerly’s locations and select Lunds stores.

In 1989, Bachman’s shifted focus to address a newly saturated market by closing the European Flower Markets Division. A newly branded “Flowers by Bachman’s” rolled out into the former European Flower Market locations within all Byerly’s grocery stores. Bachman’s recognized the strong potential of the Flowers by Bachman’s retail concept, so in 2008, Bachman’s began a new venture with Lunds and Byerly’s to operate the floral departments in all Lunds stores, complementing our existing partnership in all Byerly’s stores.

Today, we’re very pleased that Bachman’s offers a beautiful selection of fresh cut flowers, plants, bouquets and more in every Lunds and Byerly’s store throughout the Twin Cities and St. Cloud.