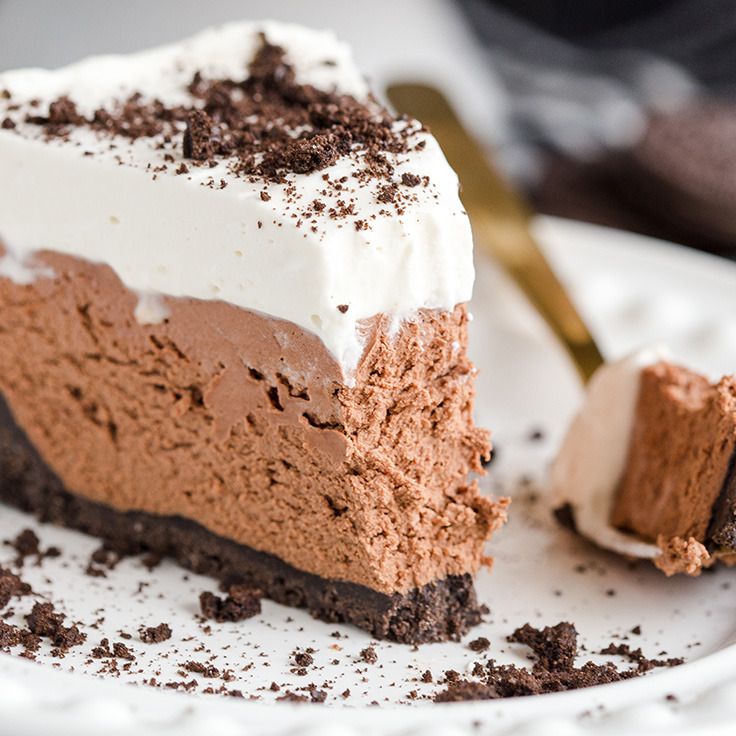 There’s something about the holiday season that gives me the urge to break out our bottle of Baileys Irish Cream. It must be the twinkling lights from the tree and the crackling of the fire that makes me want to put a splash (or three) in my hot cocoa. Who knows. Regardless, this year I’m not just drinking my Baileys. I’m eating it, too!

This Baileys Cheesecake is definitely a show-stopping dessert. In fact, I said to my husband (as we stood over the kitchen counter devouring it) that I thought this was one of the best things I’ve ever made. I don’t say that often because as a food blogger, I cook a LOT. I create a ton of new recipes and, while I only publish the ones that I absolutely love, I can’t say they’re all my favorite.

This Baileys Cheesecake, though? Absolutely a favorite. Without a doubt, I will be making it again this year. Likely, every year from now on.

So, let’s talk about why this Baileys Cheesecake is so good. First, the Oreo crust. It’s my go-to for most cheesecakes and goes perfectly with the chocolate and Baileys filling.

Second, that chocolate filling. It’s a pretty simple combination of whipped cream, cream cheese, sugar, chocolate and Baileys, but it’s so so good – rich, creamy and simply delightful. Bonus: it’s no bake! Just whip it up and put it in the refrigerator to set up.

Obviously, this cheesecake isn’t an everyday treat. It’s a special-occasion dessert, absolutely perfect for the holiday season. Bring it to a Christmas party or serve it after a special meal with friends and family – they will thank you for it!

Directions
For the crust:

For the cheesecake filling:

To make the Baileys whipped cream: