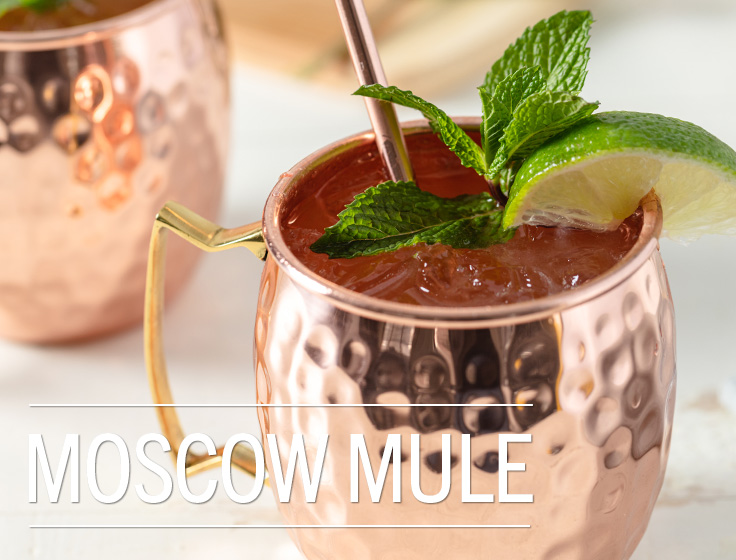 Moscow Mule: This mule has a kick

Now that the weather is warming up, it’s the perfect time to get a jump on what is sure to be one of the hottest cocktails of the season: the Moscow Mule. Jason Newell, our manager of wines & spirits at our Chanhassen store, shares the story behind this popular drink – and his go-to Moscow Mule recipe.

Originating in the early 1940s, the Moscow Mule introduced vodka to the United States. This classic American cocktail was created by John Martin, the man who brought Smirnoff vodka to the U.S., and Jack Morgan, owner of the legendary Cock & Bull restaurant on Hollywood’s Sunset Boulevard. Served to Hollywood stars in a personalized copper cup at the Cock & Bull, it soon became regarded as one of the most popular cocktails of the era.

Fast-forward to the early 2000s and you will find a surge of classic cocktails making their way back into trendy bars and restaurants across the U.S. In 2012, the Moscow Mule had the good fortune to be featured on the Oprah Winfrey show. After that, the drink’s popularity skyrocketed.

The great thing about the Moscow Mule is the ease of preparation. A little vodka, simple syrup, a squeeze of lime topped off with ginger beer, served in a copper mug. As with all cocktail recipes there are many variations. The one most common difference seems to be the addition of mint muddled into or used as a garnish. Some recipes call for a lemon garnish, but most have a lime used for this coveted spot. The ginger beer is a non-alcoholic soda that’s mainly imported from the Caribbean. It has a spicy crispness that is much different than its sweeter cousin ginger ale.

Using the copper mug is not just to show you’re drinking the coolest cocktail in town…it also enhances the experience by giving a slight chill to your lips and fingertips. 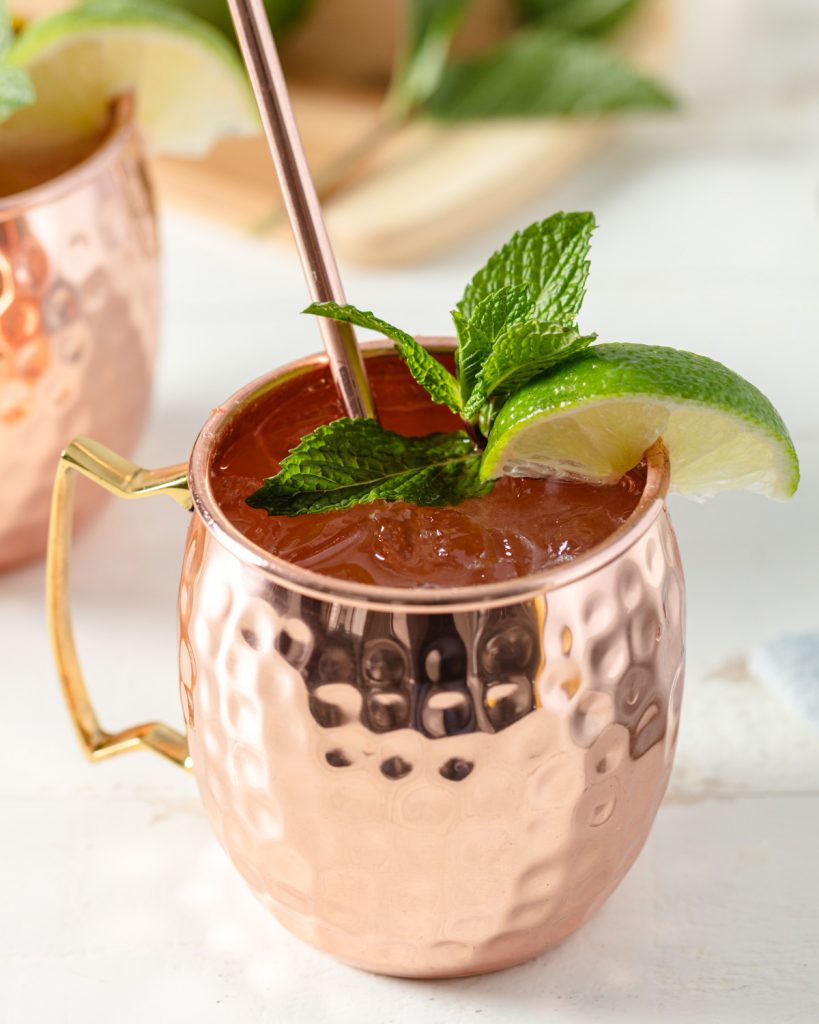