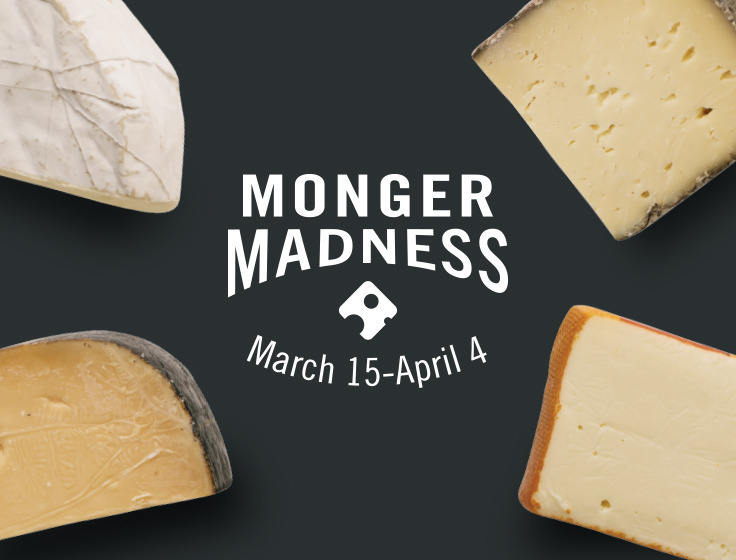 Eight cheeses. Three weeks. Seven taste-offs. Who will be the champion of cheese? The king of queso? The finest of fromage? Join us for Monger Madness, in stores now through April 4, 2018.

Vote for your favorites by texting CHEESE to 55955.* When you cast your vote, you’ll receive a $5-off coupon for cheese and be entered for a chance to win a $100 Lunds & Byerlys gift card!

Last year’s big winner, Shepherd’s Way Hidden Falls, will be facing off against seven other cheeses in the ultimate cheese-tasting event of the year. Meet the competitors:

Stop by our deli between March 15 and April 4, taste these magnificent cheeses for yourself and help us choose the 2018 winner!

*Message and data rates may apply. Periodic messaging. Text STOP to cancel, HELP for help to 55955. By signing up you agree to receive marketing text messages, which may be sent through an automatic telephone dialing system, from Lunds & Byerlys at the mobile number provided. By signing up, you are confirming you are over the age of 13. Opt-in not required as a condition to purchase goods and services from Lunds & Byerlys.