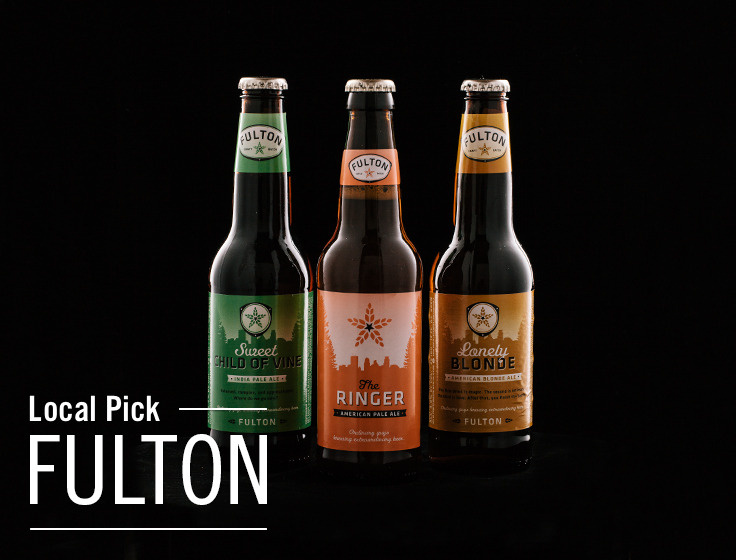 It all began with a homebrew in a one-car garage in a South Minneapolis alley.

Encouraged by the success of their first brew, the founders of Fulton built a 10-gallon nanobrewery (think: tiny) out of some half-barrel kegs and an old bed frame, and upgraded to a two-car garage.

By 2009, they pooled together their money and started contract brewing at Sand Creek Brewing Company in Black River Falls, Wisconsin. That October, they served their first keg at The Happy Gnome in St. Paul.

Over the next year, local bars kept demanding Fulton beer, and in September 2010 the team signed the lease to their Minneapolis brewery. In March 2012, they opened the first brewery taproom in the Twin Cities.

From Lonely Blonde to Sweet Child of Vine to any of their seasonal brews, Fulton is easily one of the Twin Cities’ best. Look for it at our Wines and Spirits shops.