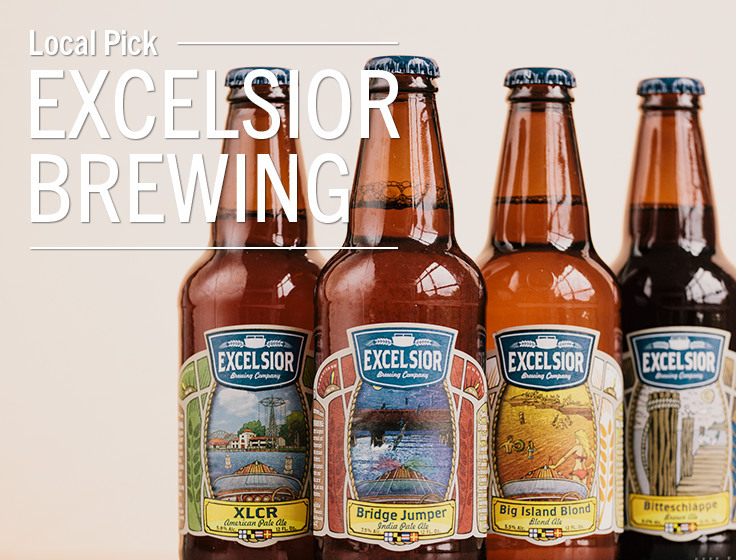 This Lake Minnetonka-inspired microbrewery is located in the heart of Excelsior, Minnesota. Its brews were created to honor lake life – and ultimately, to complement it.

Lake area resident John Klick originally dreamed of starting a brewery, then pitched it to his friends, Patrick Foss and Jon Lewin, while the men cheered on their sons at a little league game. The brewery went on to be a huge local success.

Big Island Blond Ale: A light-bodied, approachable ale with a perfect balance of malt and hops, accented by a subtle citrus flavor and aroma. The perfect everyday beer.

Bitteschlappe Brown Ale: A traditional Munich-style brown ale features a medium body, with brisk carbonation and a malty sweetness that carries the beer to a soft finish.

Enjoy a taste of lake living right in your own home: Excelsior Beer is available at all of our Wines & Spirits locations.