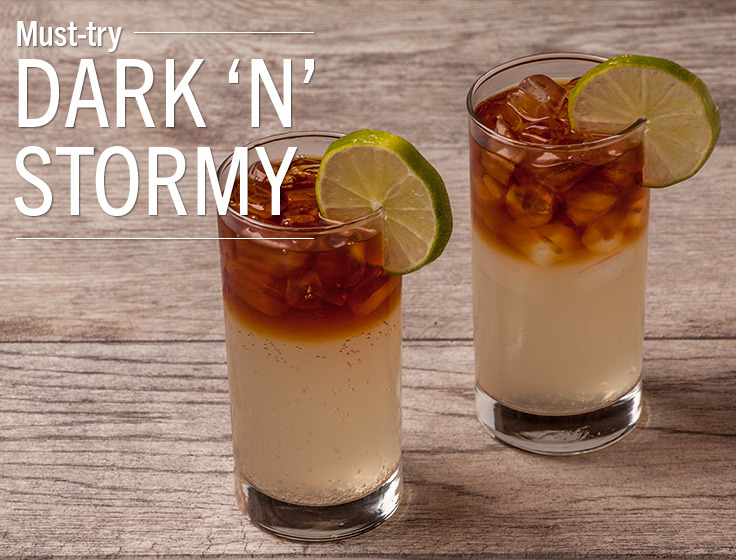 How to make a Dark ‘n’ Stormy

The Dark ‘n’ Stormy is a cocktail with a stormy past! Originally created by British sailors on shore leave in Bermuda during WWI, the drink – a mixture of ginger beer and Bermuda’s own Gosling’s Black Seal Rum – got its name after one of the soldiers observed that it resembled “the color of a cloud that only a fool or a dead man would sail under.”

Gosling’s Rum quickly patented the recipe, and to this day, actively defends the trademark – meaning that substituting a different brand of rum in your recipe may result in a cease and desist order from Gosling’s!

With that said, here is the recipe, in all its glory:

In a Collins glass filled with ice, add ginger beer and top with Gosling’s Black Seal Rum. Serve with a lime slice.