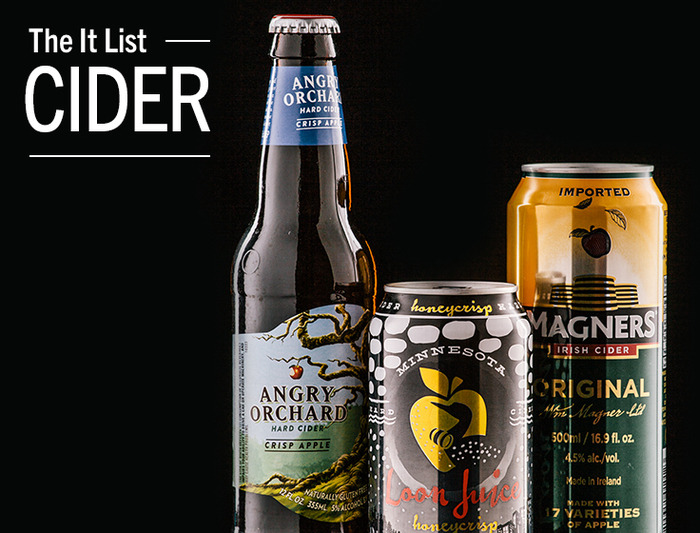 Hard cider has been around for thousands of years…and has recently gained in popularity again. Jason Newell, the manager of wines & spirits at our Chanhassen store, shares some must-try ciders and the history behind this refreshing alternative to beer.

It is only natural that the apple, one of the oldest cultivated fruits in the world, also produces hard cider, one of the most popular fermented drinks in history.

First recorded by the Romans in 60 BC, cider-making history reads like the history of the development of Europe. Romans, Celts, Moors, Vikings and Saxons all play a part in cider’s legacy. As armies invaded and conquered regions, they would bring their culinary delights with them. They would also find new types of food and drink in the conquered lands. When those cultures were driven out or moved on to conquer new lands, they would take their new discoveries with them.

Britain in the 1600s, before the Industrial Revolution, was cider’s golden age. The climate in Britain is ideal for growing apples, and at the time fermented drinks were safer to drink than water. The Pilgrims brought apples and their love of cider to the New World, where cider’s popularity reigned until the Industrial Revolution. During this period, people moved off farms and into cities to work in the factories. At the same time, there was a mass movement of German immigrants to the Americas, bringing their love of beer and expert knowledge of brewing. That was the end of cider’s proliferation.

In the past three years, cider’s popularity in the U.S. has increased dramatically. Before that, it was rare to find cider on a restaurant menu and we had only a couple of brands in our stores. Today we carry more than 25 types and it’s hard not to find at least one on tap at any worthy restaurant. The styles range from traditional European dry to very sweet. Most ciders are gluten free with 4-7% ABV and a great alternative to craft beer if you’re looking for something a little sweeter.

In order to achieve their signature flavors, cider producers press juice from different varieties of apples. One of my favorites is Magners from Ireland, which boasts the use of 17 varieties of apples that are aged in giant
oak barrels for up to two years. Strongbow Cider uses over 50 types of apples and has the largest alcohol holding tank in the world, which holds 15 million gallons of juice. Angry Orchard has at least 6 different flavors that range from traditional to unique, flavored with ginger, cinnamon, elderflower and even hops for all you IPA lovers.

I like to look for local small-production hard ciders. They tend to have fewer additives and utilize apple varietals that grow in the region. Loon Juice is crafted just south of Rochester, Minnesota, at Four Daughter’s Winery. They use the Honeycrisp apple variety that was developed at the University of Minnesota. Loon Juice features a wonderful balance of sweet and crisp, not to mention the coolest name for a Minnesota hard cider.

Try a variety of ciders to find the type of style that fits your taste. We always have a selection available in the Pick Your Own Six Pack section of our store. Hard cider can be drunk as-is, out of the can or bottle – otherwise, try it over ice or warmed up. If you’re feeling adventurous, try mixing up the Ciderac Cocktail, one of my favorite creations.