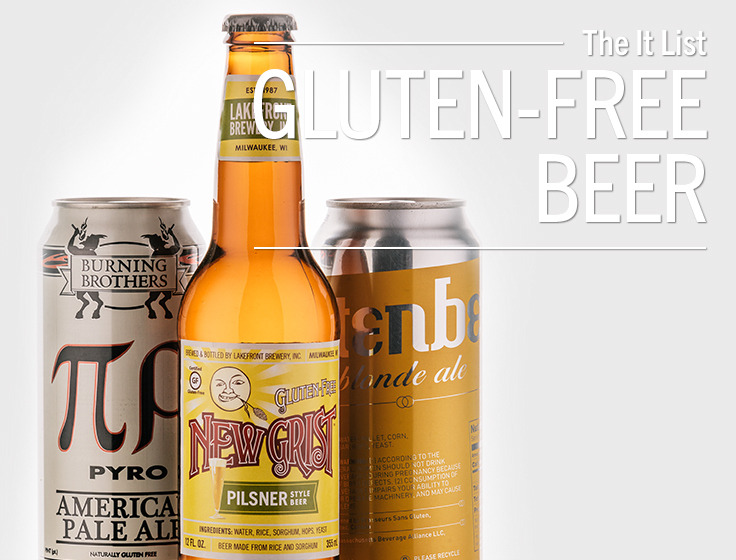 Great news for anyone who has a sensitivity or allergy to gluten … you don’t have to give up beer! Christi Olson, manager of Wines & Spirits at our Golden Valley store, has the lowdown on three gluten-free beers.

Celiac disease is estimated to affect one out of every 133 people in the U.S. This autoimmune disorder means that those affected cannot consume anything containing wheat, rye or barley. Unfortunately, those are also the grains that are commonly used to make beer!

According to the FDA, gluten-free means that a product must contain less than 20 ppm of gluten from wheat, rye, barley and possibly oats.  Here are some gluten-free beers that fit the bill:

Burning Brothers is located in St. Paul, Minn., and makes 100% gluten-free beer. Dane, the master brewer and co-founder, has celiac disease. He’s a home brewer and a professionally trained chef – and uses both talents to make really great gluten-free beer.

Glutenberg is another gluten-free craft beer; the founder, Julien Niquet is gluten intolerant. After more than a year and half of testing, he and his friend, David Cayer, finally produced a “gluten-free beer that tasted like real beer!” It was a golden blonde – dry, perfectly hoppy, with notes of lemon peel – and Glutenberg Blonde was born. Their next production included Glutenberg Red and Glutenberg American Pale. The brewery won the gold, silver and bronze awards in the gluten-free beer category at the World Beer Cup.

Lakefront Brewery came out with the first gluten-free beer, brewed with naturally gluten-free ingredients and carefully combined to form a crisp, refreshing “session ale.” New Grist Pilsner style has a bright gold color; the flavor is crisp and refreshing with hints of green apple through the maltiness of the sorghum. A great pairing with grilled veggies and fish. The newest release is New Grist Ginger, with spicy-sweet ginger aromas that go great with ginger-infused Asian dishes.

Look for these gluten-free beers at our Wines & Spirits locations.