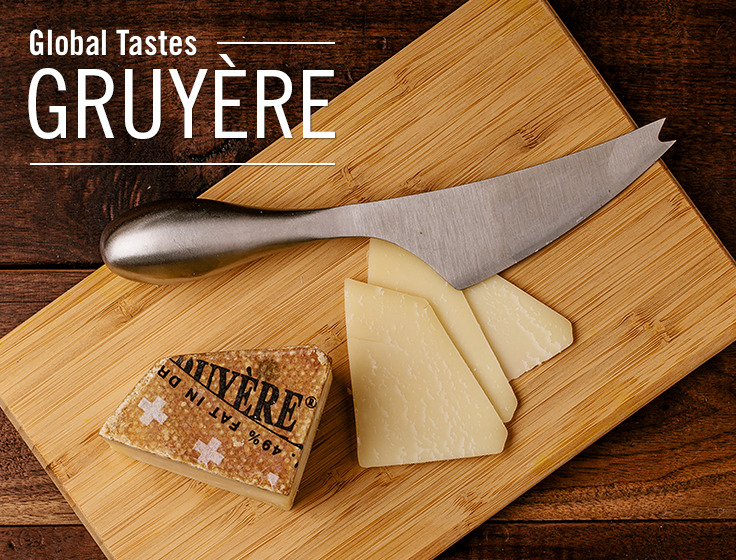 Named after the Swiss town of Gruyères, this semi-soft, crumbly yet creamy cheese has a pleasant sweet flavor with a nutty aftertaste. When it’s made, it is salted in brine for eight days, then ripened for two months at room temperature and cured for anywhere from three months to a year. The longer it’s cured, the better the cheese.

Gruyère is often made in Greece, although it’s also produced in the United States, primarily in Wisconsin.

Gruyère is a great melting cheese, fantastic for baking (such as quiches) or in fondues. It’s also fantastic in ham and cheese sandwiches.

Look for Gruyère at our cheese counter.