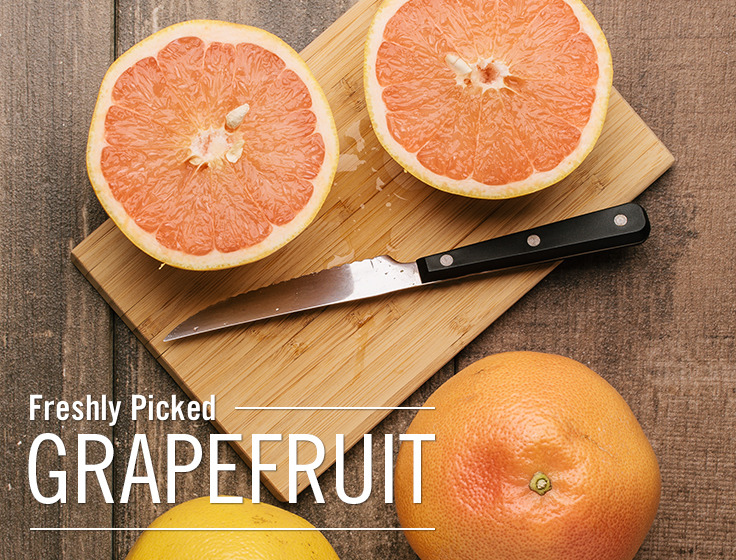 Everything you need to know about grapefruits

If you’re looking for a burst of fresh citrus taste, now’s your chance: Grapefruits are in season!

They’re are a great source of vitamin C and are thought to help reduce cholesterol and protect against certain types of cancer.

Native to Indonesia, grapefruits were brought to Barbados in the 17th century. Some scientists think the grapefruit is actually a natural cross between the orange and the pomelo. In the early 19th century, grapefruit trees were brought to Florida. Today, Florida remains a major U.S. producer of grapefruit, along with California, Arizona and Texas.

Although all grapefruits have a pinkish-yellow skin, the fruit inside can come in white, pink or ruby colors. Regardless of the color, the fruit is juicy, tart, tangy and sweet. Grapefruits get their name because of the way they grow: hanging in clusters just like grapes.

When choosing a grapefruit, look for one that is heavy for its size, without overly rough or wrinkled skin, which could indicate thicker skin and a less juicy fruit.

One of the most common ways to eat a grapefruit is to slice it in half horizontally, separate the fruit from the membrane and scoop out sections with a spoon. Want slices of grapefruit? Here’s an easy trick.

Tip: Grapefruits tend to be juicier at room temperatures, so store them on the counter if you plan to eat them within a week of buying them. If you plan to keep them around longer than that, store them in the fridge – they’ll keep fresh there for two to three weeks.

Look for the season’s best grapefruits in our produce department now.