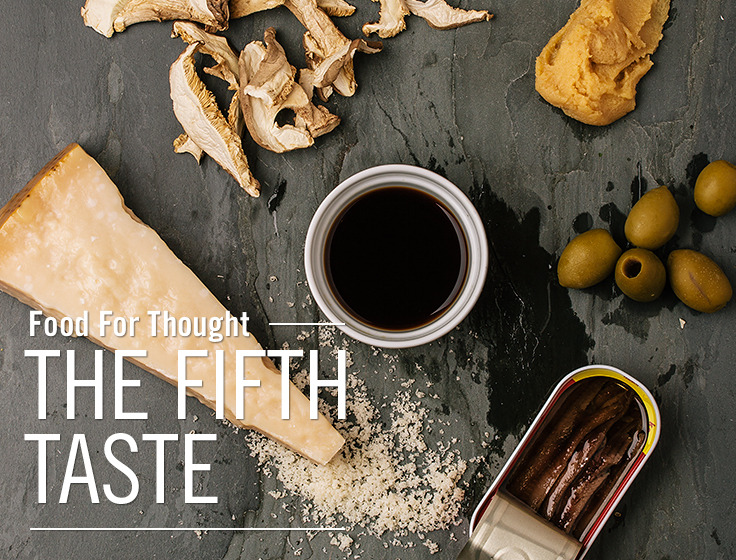 For years, it was thought humans have four basic tastes: Sweet, sour, salty and bitter. However, there is actually a fifth taste our tongues can sense, called umami. Umami is best described as a pleasant, savory taste that is not sweet, sour, salty or bitter.

Although chefs and chemists speculated for years that this fifth basic taste existed, it wasn’t until the 1980s that studies proved that umami was a true, separate taste. It’s naturally found in glutamate, or glutamic acid, a type of amino acid. This glutamate molecule is formed when organic matter breaks down, such as when meat is cooked in a pan, or when Parmesan cheese is aged.

Where does the name umami come from? It dates back to the early 1900s, when Dr. Kikunae Ikeda of Tokyo Imperial University, now the University of Tokyo, discovered that dashi stock, a common Japanese broth made from kelp, had an indescribably delicious flavor that didn’t fit any of the four basic tastes. In order to describe it, he called it “umami,” which is Japanese for “delicious.”

Which foods are umami? Here are some examples: