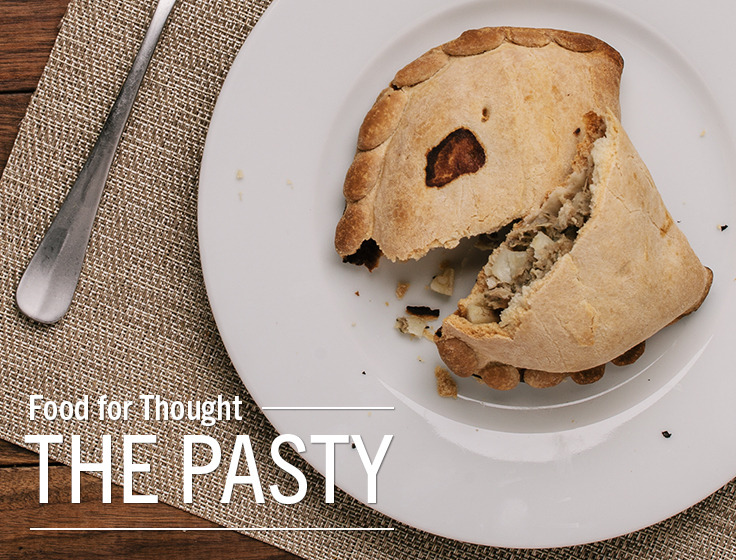 Warm up with a pasty!

This traditional Cornish food is basically a handheld potpie. It’s traditionally filled with beef, potatoes, turnips, and onions and baked in a sealed crust. It’s hearty, filling, and the perfect comfort food for a chilly night.

Although no one knows for sure exactly when or where the pasty originated, the first mention of these handheld pies was in early literature from Cornwall, England back in the 1100s. Some think pasties were based on the stargazy pie, which is a type of pie baked with fish heads sticking out of it. Others think the pasty may have come from the Vikings when they invaded England around the same time.

The pasty came to America in the 1800s, when Cornish miners came seeking their fortunes in the newly developed mines here. Pasties became popular with other ethnic groups because they were small, portable, filling, and could stay warm for 8-10 hours. Although different groups created their own versions of pasties over time, they all agreed that pasties must include two basic ingredients: Potatoes and onions. Today, pasties remain relatively unchanged.

Pick up Our Deli Beef Pasties for a delicious dinner tonight!