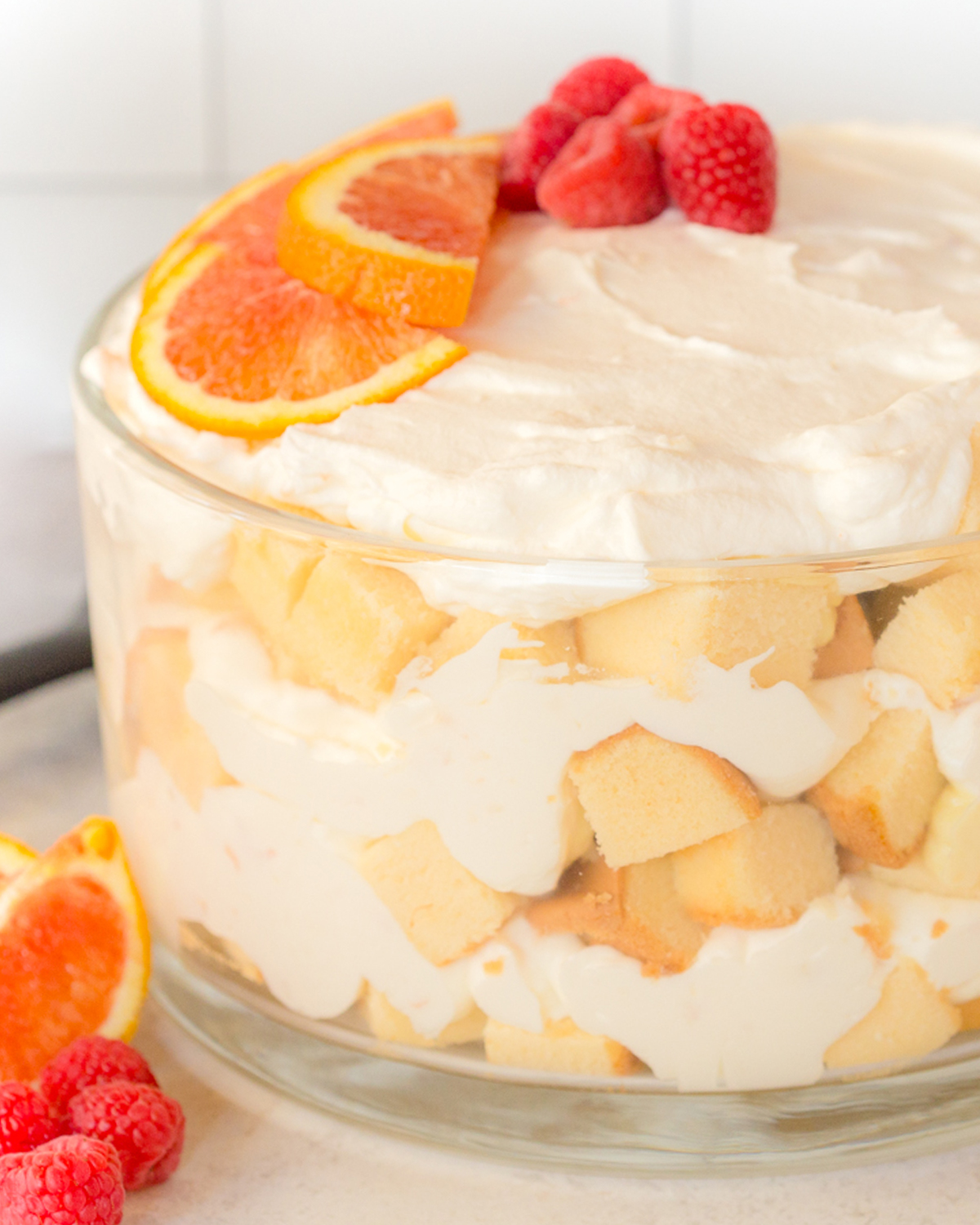 This trifle from Twin Cities food blogger greens & chocolate is no trifle! The proof is in the homemade orange pudding — even people who don’t like fruit desserts devour this festive treat.

The holidays are a time for showstopping desserts, and that’s exactly what this Citrus Trifle is. Trifles are perfect for holiday gatherings because, for one, they are very large desserts. You’re going to want a bunch of people to share this with! Second, they are really fun to look at — they can almost be considered an edible centerpiece! Lastly, while they appear impressive, they really are pretty easy to make. This recipe has a few steps to it, but they aren’t difficult at all.

This trifle is loved by everyone I share it with — even people who don’t prefer fruit desserts. The orange pudding and mascarpone whipped cream are seriously irresistible and, combined with the pound cake, it’s just the perfect combination. Your holiday table needs this dessert! 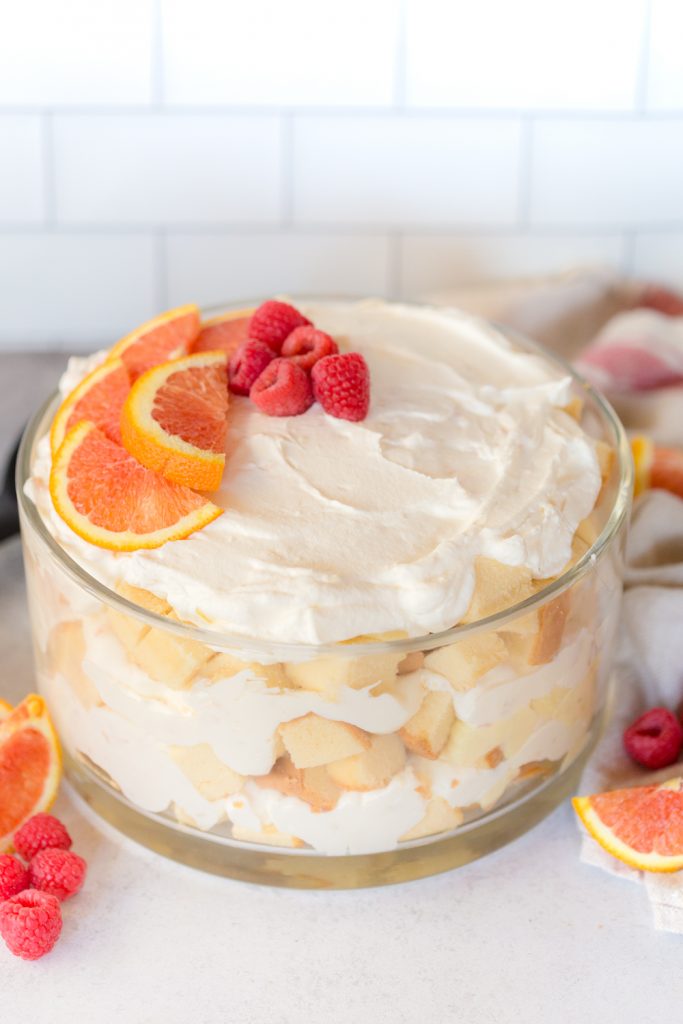