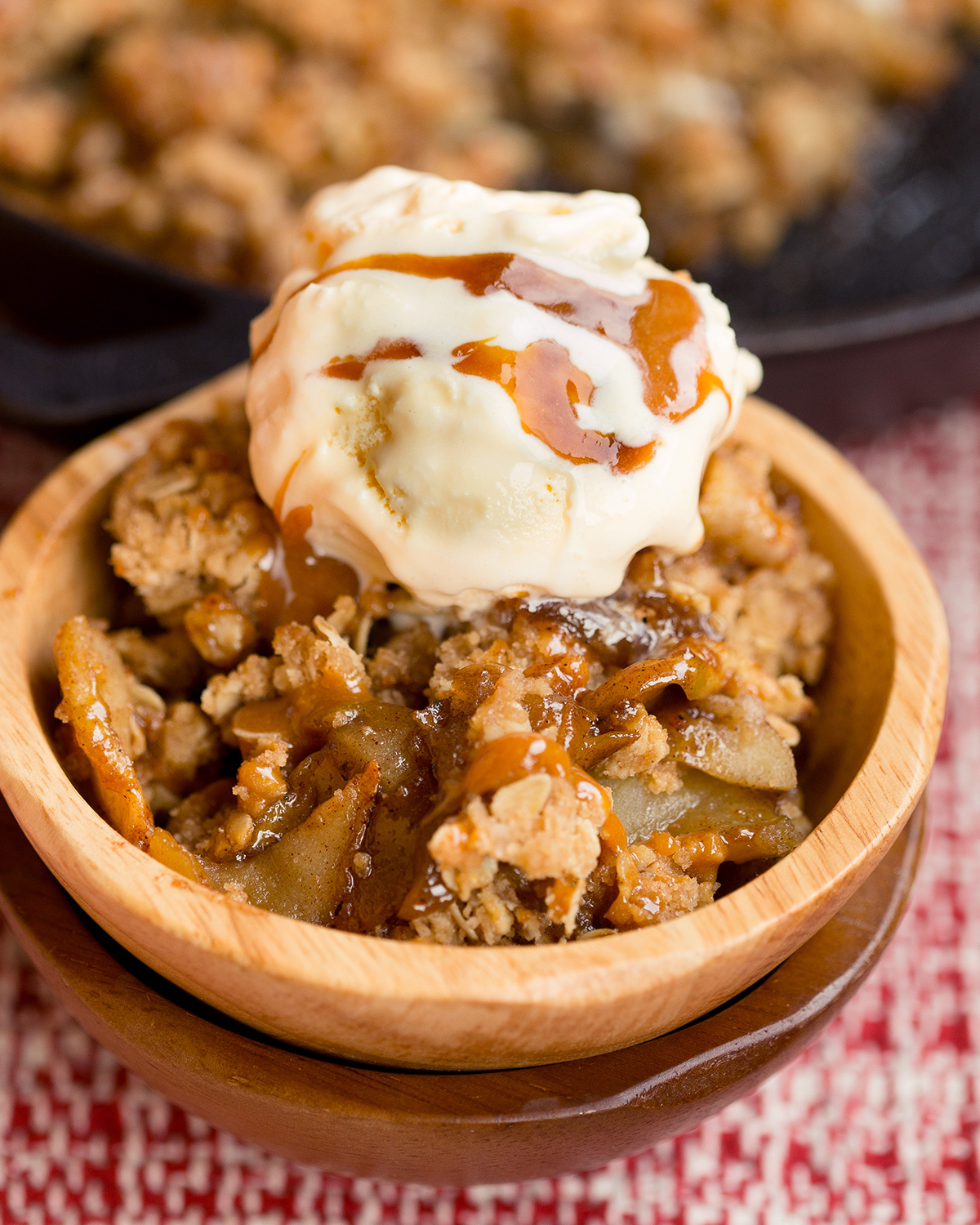 This week, Twin Cities food blogger greens & chocolate took a traditional apple crisp recipe and gave it the caramel twist you’ve always dreamed of. Can you think of a better way to enjoy apple season?

In more traditional apple crisp recipes, fresh apples are tossed with brown sugar and granulated sugar, along with spices like cinnamon, nutmeg and cloves. Then the filling is covered with a crisp topping and baked. That’s delicious, of course, but let’s take it up a notch, shall we?

For this recipe, I sautéd the apples in butter and brown sugar, which softened the apples and gave the filling a buttery taste. Of course I still added some of the traditional apple crisp spices, including cinnamon and nutmeg, and then I tossed it all in a generous amount of caramel dip. It made this apple crisp divine!

The topping is a pretty traditional combination of flour, old-fashioned oats, brown sugar, cinnamon and butter. I’m a huge fan of crisp topping, and I did not skimp on it here!

Obviously this crisp needs to be served with a big scoop of vanilla ice cream and an extra drizzle of caramel dip. Is there really any other way to eat apple crisp than with ice cream? I don’t think so.

While you can enjoy this Caramel Apple Crisp year round, it is the perfect dessert to enjoy on a chilly fall evening.