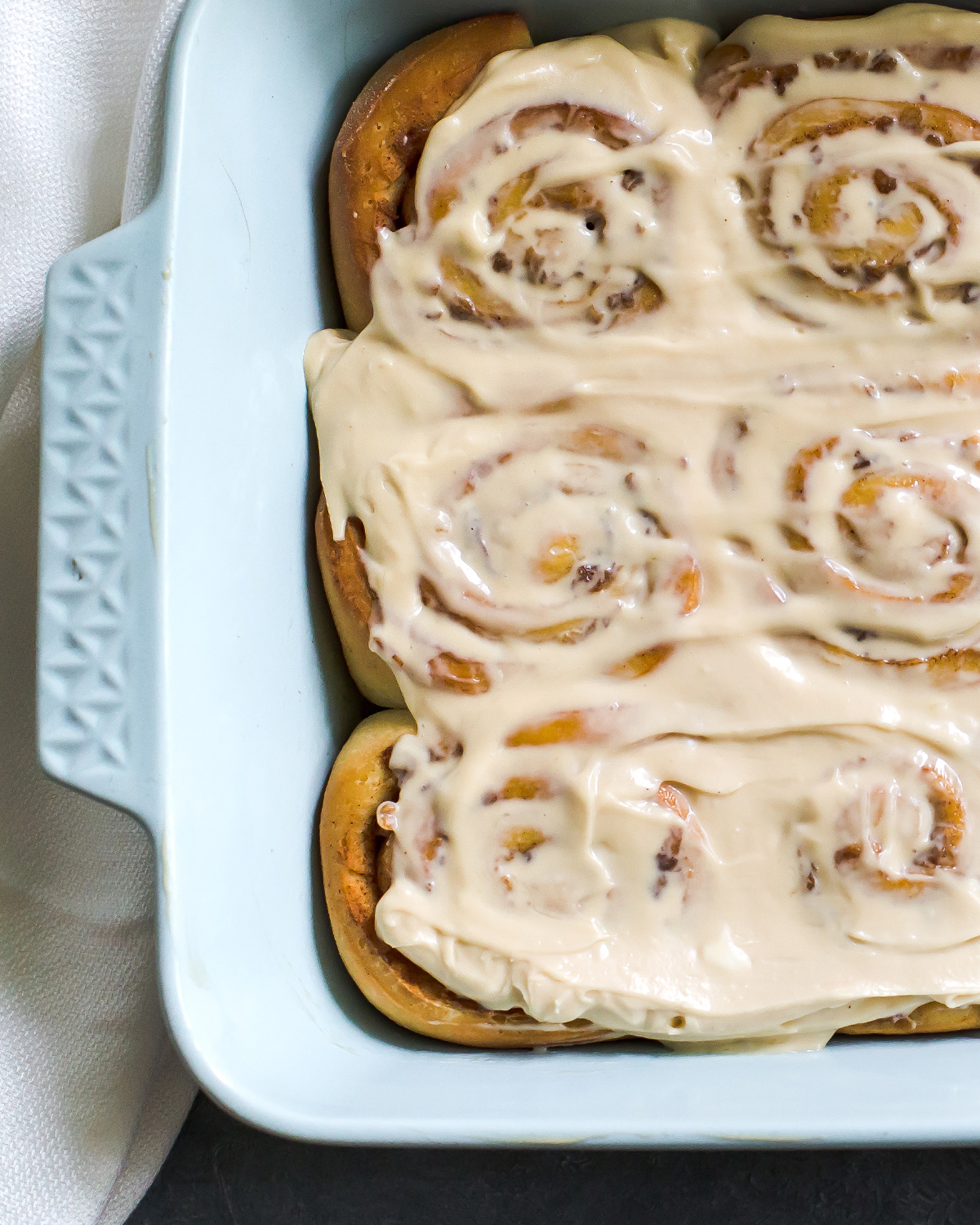 As we move into fall and the leaves start changing, I always start getting the itch to spend more time in my kitchen, especially to bake. There’s just something more enticing about a pan of warm brownies/bars/cinnamon rolls on a chilly fall day than on a hot and steamy summer afternoon, y’know?

Cinnamon rolls are definitely a treat in our house. I would say I typically have more of a savory breakfast palate, and while I love whipping up eggs, bacon and avocado toast, cinnamon rolls are pretty rare. That said, I hope I make an exception to that more often because these Caramel Apple Cinnamon Rolls are quite heavenly!

While testing this recipe through and through, I found a few things essential to ensuring success that we should go over. First, and most importantly, shredding the apples in the filling. I tried making these with diced apples and they just seemed too heavy and clunky in the filling. When I finally shredded the apples, they were noticeable but not overbearing in the rolls. Next, it was important to start off with room temperature ingredients in the rolls. This means having softened butter and room-temperature eggs.

For the butter, I just set out a stick the night before. I’d say this isn’t too much to ask, because if you’re going to make cinnamon rolls, it probably isn’t a last-minute decision. You go to bed knowing you’re gonna get some rolls the next morning! For the eggs, just set them in a bowl of warm water for about 10 minutes and they’ll be good to go.

Lastly, go with your gut when adding more flour. After kneading the dough, it should be soft and not too sticky. If it still seems sticky (mine did), add a couple of tablespoons at a time until it stays away from the sides of your bowl. I added about ¼ cup extra at the end, but I always like to start with 3 cups and go from there, just to be safe.

If you follow these steps you should have Caramel Apple Cinnamon Roll success!

These were absolutely delicious straight out of the oven with a big slathering of caramel cream cheese frosting. Not only that, your kitchen will smell like fall. On a crisp fall morning, these are what I will be craving!