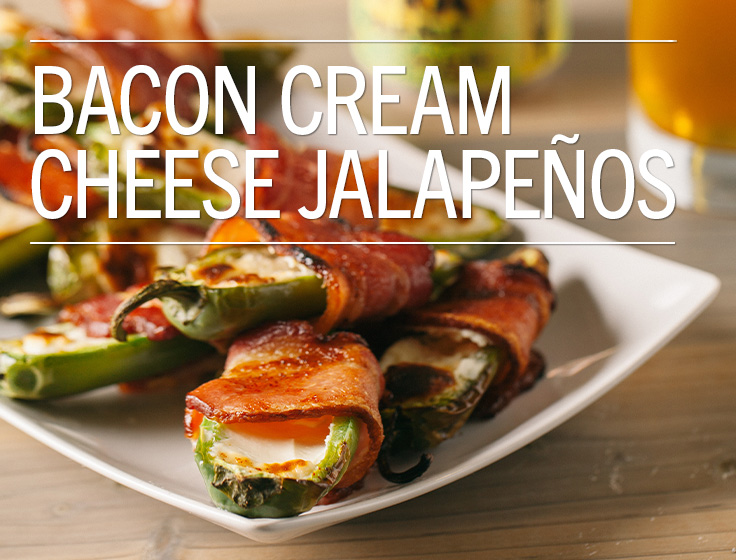 A few weeks ago some good friends had us over for lunch and seriously blew us away with the food they cooked. Not only did they grill out brats but treated us to stuffed portabellas, quinoa salad, strawberry pie and (my favorite part!) bacon wrapped and cream cheese stuffed jalapeños. I had no idea I would like them as much as I did. In fact, I’m pretty sure I went back for thirds if not fourths. Are fourths even a thing?

I insisted they hand over the recipe for them so I could make them immediately. While the original recipe was simply jalapeños, cream cheese and bacon, I thought that adding a brown sugar and chili powder mixture to roll them in before putting them on the grill had to be a good idea. Um, yes. Fabulous idea, if I do say so.

These Bacon Wrapped Cream Cheese Stuffed Jalapeños are the perfect summer appetizer! They can absolutely be prepped ahead of time, and when the time comes to chill out on the patio with a beverage of choice in hand, you just pop them on the grill.

I used a grill pan, which worked really well for getting them a little charred (the way I like it), but you could just put them on some foil on the grill or in the oven if you don’t have a grill pan or don’t want them crispy. Also, these cooked a lot faster than I had anticipated – only 12 minutes. This obviously depends on the temperature of your grill, but I’d say only expect to have to cook them 12-15 minutes if your grill is on medium to medium-high.

Another important note: You can kind of control the spice by leaving the white part that surrounds the seeds, making it spicier, or cutting that part out. I tried to cut out as much as possible and mine were still quite spicy. Consider yourself warned.

One last thing. This recipe can easily be adapted as far as quantity. If you need more or less, just adjust the number of jalapeños and bacon you use. Just don’t count on stopping yourself at one … it’s simply not possible! 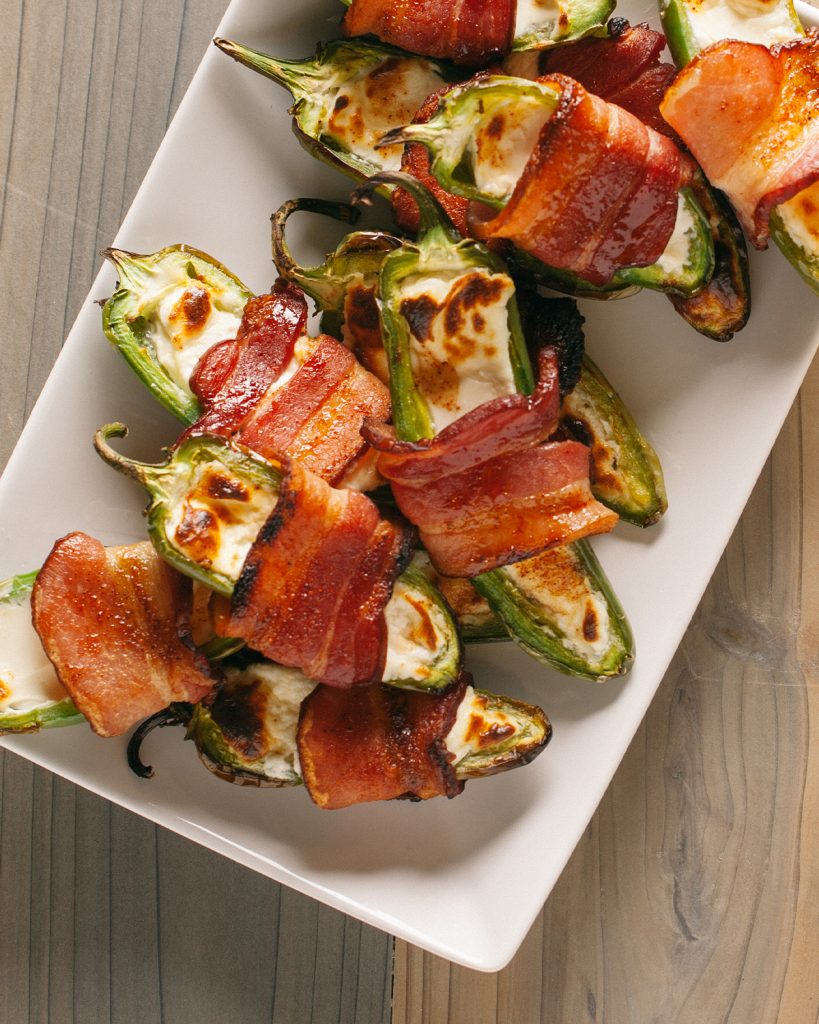