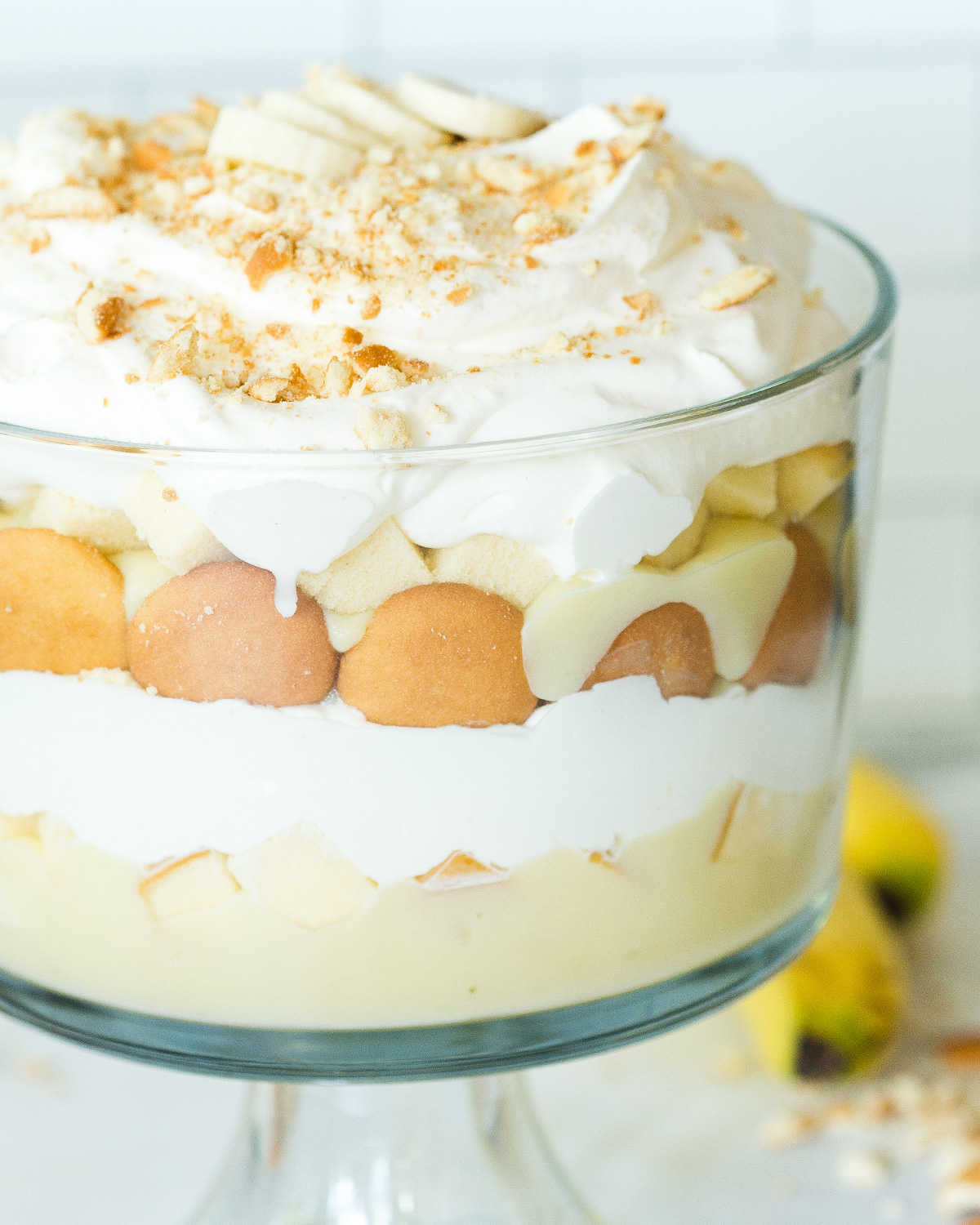 Twin Cities food blogger greens & chocolate does the impossible in this tempting trifle recipe: She makes banana pudding taste even better than it already does.

For this recipe, I took banana pudding up a few notches by turning it into a trifle with chunks of pound cake layered between the pudding, bananas and whipped cream.

Many banana pudding recipes call for a couple boxes of pudding mix, but I wholeheartedly think it’s worth the extra 12 minutes to make homemade pudding. I promise you, it isn’t difficult and it absolutely makes this trifle over-the-top delicious! The same goes for the homemade whipped cream. Sure, you could use Cool Whip and, believe me, I love Cool Whip in some desserts. But in this case it is so much better with the homemade whipped cream. I did save time with the pound cake, however. A store-bought pound cake will do just fine in this trifle!

Not only is this Banana Pudding Trifle delicious, it’s also a show-stopper in the looks department. A glass trifle bowl works best so you can see all the layers — and show off just how special this dessert is!

This is the perfect dessert for a backyard barbecue or Sunday supper. We shared this dessert with neighbors and family, and it received rave reviews all around. I have to admit … in the end, we regretted sharing so much of it!

To make the pudding:

To make the whipped cream: