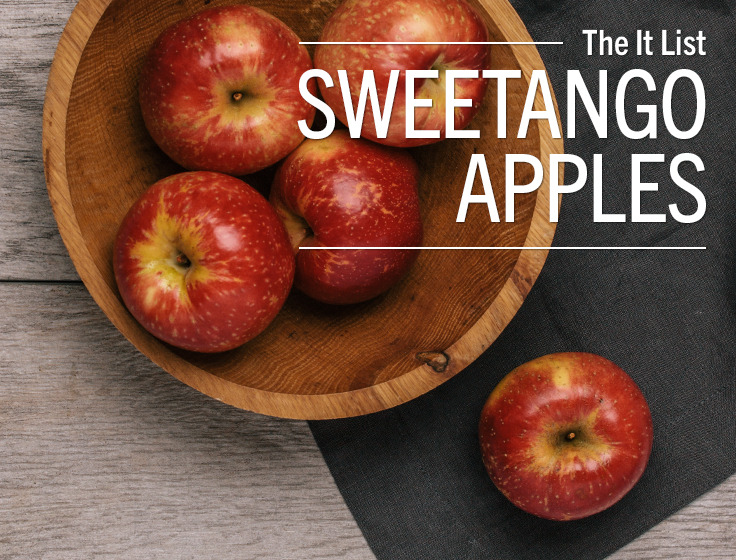 All about SweeTango apples

Introduced by the University of Minnesota in 2009, SweeTango is a hybrid of Honeycrisp and Zestar apples. It’s crisp, juicy and sweet, with a touch of citrus, honey and spice.

You can enjoy SweeTango apples alone or paired with a variety of foods:

Look for SweeTango apples in our produce department now!