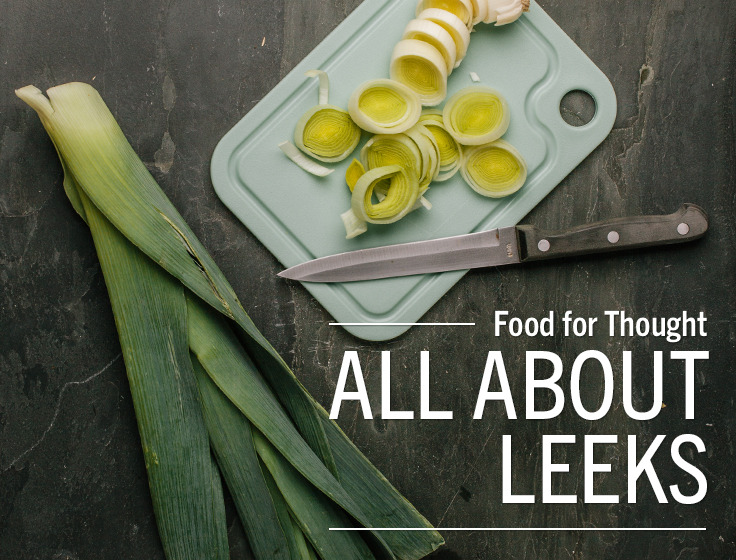 You’ve probably seen leeks before – they’re the vegetables
that look like giant green onions. But have you ever tasted one? Leeks are in
the same family as garlic and onions, but they have a delicate flavor when
cooked, like a mild, sweet onion. They’re rich in B vitamins and antioxidants
and are a great addition to eggs,
soups and
other recipes.

Leeks were prized by the ancient Greeks and Romans and were
thought to have a beneficial effect on one’s throat and voice. In fact, the Roman
emperor Nero supposedly ate leeks every day to make his voice stronger. The
Romans introduced leeks to the United Kingdom, where they thrived because they
could withstand the cold weather. To this day, leeks are one of the national
emblems of Wales.

Only the white and light green parts of leeks are edible.
Before cooking with leeks, cut off the tough dark green tops and make sure to rinse your leek thoroughly to remove dirt and grit that gets trapped between
the leaves.

When choosing leeks, look for ones that are firm and
straight, with dark green leaves and white necks. Avoid leeks that are yellowed
or wilted. You can store fresh unwashed and untrimmed leeks in the refrigerator
for up to two weeks.

Look for leeks in our produce department.